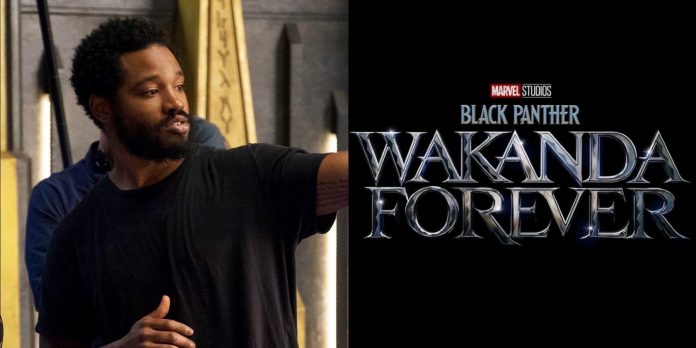 Despite the fact that the release date is fast approaching, the filming of “Black Panther: Wakanda Forever” is still not completed, as additional reshoots are reportedly underway in Atlanta.

There is no denying that the long-awaited “Black Panther: Wakanda Forever” has undergone intense work. From the tragic passing of Chadwick Boseman to countless delays and injuries, it has certainly been an emotional and exhausting journey for everyone involved, and Cosmic Circus’ Lizzie Hill claims that this journey is not over yet.

According to Hill, the sequel is undergoing short reshoots from September 7 to September 14 in Atlanta, Georgia. Initially, production ran from late June to early November 2021 in Atlanta and Massachusetts, after which a break was made to allow star Letitia Wright (Shuri) to recover from the injuries she encountered on set. Production resumed by mid-January 2022 and ended at the end of March in Puerto Rico, and the first trailer for “Black Panther: Wakanda Forever” was released at the end of July.

While re-shoots can be a natural part of the production process, the fact that a film undergoes significant reshoots is usually not a good sign, as it means that the film just didn’t turn out as a whole. Of course, it is unknown what they are reshooting, and it is known that Marvel Studios uses reshoots as a means of adding new scenes after the credits. However, in this case, it seems that the reshoots of director Ryan Coogler’s latest film come down to some fine-tuning and ensuring that the best possible film is presented to the audience in November.

The sequel will focus on Wakanda trying to find a sense of stability after the demise of King T’Challa, as the leaders of a powerful nation are also tasked with fighting the invading forces. Many minor characters from the first film, such as Winston Duke’s M’buck, will also get much more screen time. Duke said that after the events of Avengers: Infinity War and The Finale, the Jabari became full members of Wakanda.

Other returning actors include Lupita Nyong’o as Nakia, Danai Gurira as Okoye, Angela Bassett as Ramonda and Martin Freeman as Everett K. Ross. New additions are Tenoch Huerta as Namor, Michaela Coel as Aneka and Dominic Thorne as Riri Williams/Ironheart, a genius inventor who creates a suit that can rival Tony Stark’s armor. A series for Disney Plus called Ironheart is in development.

NCIS: The real reason actor Mark Harmon walked away after 18...