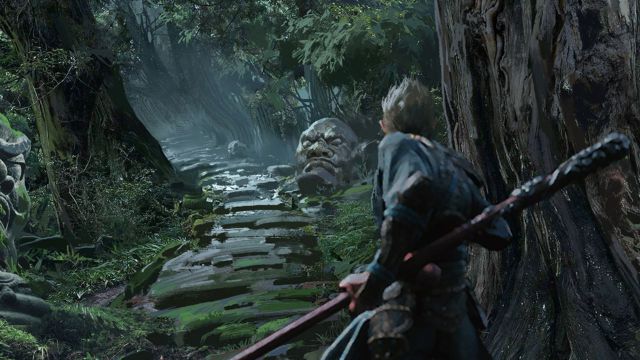 The title developed by Game Science is based on Journey to the West, as is the Ninja Theory video game Enslaved: Odyssey to the West.

The RPG Black Myth: Wukong is back to celebrate the Chinese New Year, and it does so with a new trailer. It does not have a release date yet, but the video shows some of the ins and outs of its gameplay. Conceived as a Soulslike, the title proposes tough fights against all kinds of enemies, constant fights in which the player must be attentive to all the opponent’s movements so as not to succumb. In the trailer we can enjoy the combat system, as well as fights against final bosses and the sandy fantasy scenarios.

Like Dragon Ball or Enslaved: Odyssey to the West, the game is based on Journey to the West, the Legend of the Monkey King. It is a single player RPG with mechanics reminiscent of those from Dark Souls, although it also introduces its particularities to the combat system. Wukong is capable of transforming himself and unleashing his anger against the enemy. They promise more than 100 types of enemies and an approximate duration of about 15 hours.

Triumph of its first trailer

Game Science, the developers behind the project, were overwhelmed by the popularity of the first trailer, published exclusively on IGN’s YouTube channel. In a few days it reached 3 million views (now 7 million), while the Chinese version quickly surpassed 10 million. The intention of the Chinese studio at the time was to present an “honest” video that would attract the attention of potential developers interested in joining the project.

Black Myth: Wukong is in development for PS4, Xbox Series X, Xbox Series S, and PC. The initial goal was to publish it in 2021, but given the current health situation, nothing is certain, much less in an industry where delay is common even under normal circumstances. The project continues to take steps forward.