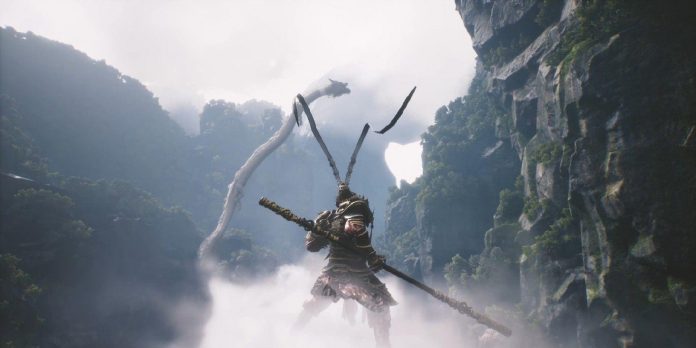 While the video game market is usually dominated by AAA titles and large-scale current franchises, from time to time a game from a small studio cuts through the noise. The upcoming role-playing game by Chinese game science developer Black Myth: Wukong definitely caught the attention of several people when it released an unexpected trailer in 2020 that included more than ten minutes of gameplay. The look at the game certainly impressed players with its visuals and interesting central concept, and Black Myth: Wukong continued to exceed fan expectations thanks to the 2021 trailer showcasing the gameplay of Unreal Engine 5.

Expectations of Black Myth: Wukong are incredibly high, and although gamers have watched the game well in action, little is still known about it. However, from what has been shown so far, Black Myth: Wukong seems to emit serious Souls—like vibes mixed with a healthy dose of Dragon Ball Z – a powerful combination that should please fans of both.

Laying the groundwork for the game

There is a constant connection between video games and mythology. The latter can be a fruitful source of inspiration for games and is often used to inform about the setting, storylines and characters. Over the past few years, many such games have appeared, such as Immortals Fenyx Rising and DLC for it, or God of War 2018 and its upcoming sequel. Black Myth: Wukong is another such name borrowed from the sixteenth-century Chinese novel Journey to the West and drawing inspiration from the legendary mythical figure of the epic saga Sun Wukong, or the Monkey King.

Little is known about Black Myth: The Story of Wukong, other than literary and mythological influences, so players had to collect things from the gameplay that has been demonstrated so far. Gamers will take control of the monkey-like protagonist, who will be based on Sun Wukong, and will be able to use his enormous fighting skills and powers, including the ability to transform into various forms. It looks like the game will be full of intriguing characters, challenging enemies, and thought-provoking interactions, and players can’t wait to learn more.

Influence of other franchises

Along with more historical, literary or mythological sources of inspiration, other titles may also influence the games. Despite the fact that Black Myth: Wukong looks incredibly unique, it still has some elements reminiscent of other franchises. FromSoftware Soulsborne games formed the basis of many subsequent games, and their influence was felt for years. Their intricate design, surprisingly grotesque enemy types, and ruthless gameplay, which focuses on death, have helped shape a lot of IP, and it seems that Black Myth: Wukong can also tear a page out of their book. Its gloomy but beautiful landscapes, lonely protagonist and charming enemies look like a fresh take on the Soulsborne trails, which should definitely be interesting.

While the game will undoubtedly appeal to a wide audience, including fans of Soulsborne games, Dragon Ball Z enthusiasts also have an argument to check out Black Myth: Wukong. At first glance, the comparison may not be so obvious between the two, given the aesthetics, but Dragon Ball Z was also partially inspired by “Journey to the West.” As a result, it will probably share thematic elements with Black Myth: Wukong, as well as parallels between Wukong and Goku from Dragon Ball Z. Some players also noted similarities between the abilities that Wukong demonstrates in gameplay footage and the abilities of Dragon Ball Z characters when they fight incredibly strong enemies. Stylistic combat, battles with big opponents and Chinese influence put a lot of ticks in Dragon Ball Z.

Black myth: Wukong certainly attracts the attention of players, and as long as he keeps his cards close to his chest, he will remain at the center of a lot of speculation. Much of the game is still a mystery, but it’s clear that this will be a stunning visual experience, regardless of what else is in Black Myth: Wukong. Once players are able to complete the game on their own, they may be surprised by even more similarities between Black Myth: Wukong and other franchises.

Black Myth: Wukong is scheduled to be released in 2023 for PC and unspecified platforms.