Home Celebrity Black Lives Matter: missing ativist in the US and found dead 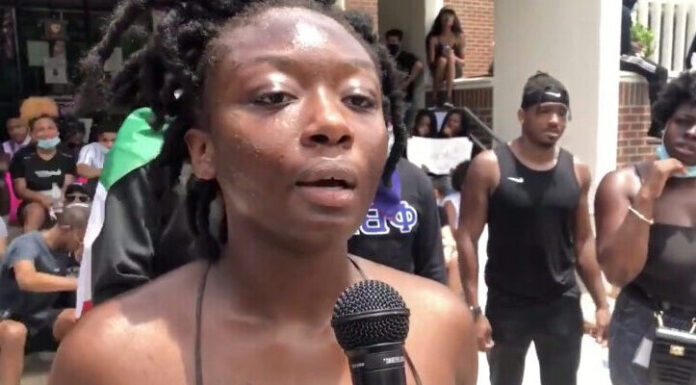 The body of Oluwatoyin Salau, an activist affiliated with the Black Lives Matter movement in Tallahassee (USA), was found on Monday (15/06). Salau had been missing since the last 6 days, after tweeting that she had suffered sexual harassment. She was an important voice in the fight against racism in the city. The news was given by the Tallahasse Police Department.

The officers found Salu’s body next to that of another woman, Victoria Sims, 75. The suspect in the crime is Aaron Glee Jr., 49, who was arrested by the police.

Glee Jr. had already been arrested on May 30, accused of serious bodily injury. However, he posted bail and was released on June 1.

On June 6, Salu made a long series of tweets claiming that a black man driving a white Chevrolet Silverado pickup truck stopped her on the street and offered a ride to a nearby church, where she had left several of her belongings.

In the posts, the activist also stated that she managed to escape from the man’s house, but that she did not remember where the suspect lived. She did not answer the Internet users who asked her if she was already in a safe place.

Police have not confirmed whether or not Glee is the same man Salau accused of molesting her. An investigation is underway.

A better life: Baptiste sends a telegram to Alice!