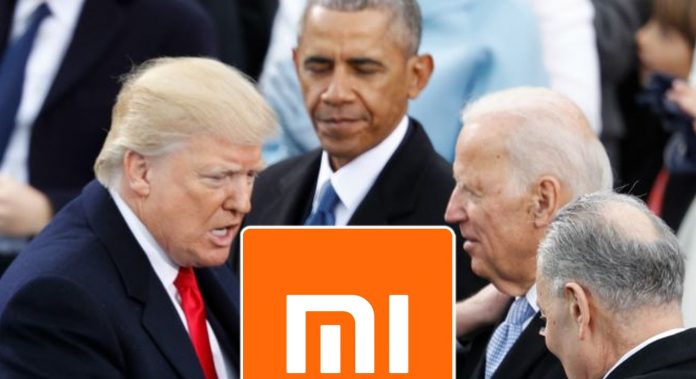 Donald Trump’s signing of the black list decision for Xiaomi, who has taken over the task recently, fell like a bomb on the agenda. While Huawei has not been able to include Google applications and services on its phones for almost a year, it has been announced that Xiaomi has been blacklisted claiming to cooperate with the Chinese army.

Compared to Huawei, Xiaomi’s situation is currently in a better level. While there are no obstacles to using Google services, Xiaomi, not wanting to share a similar fate with Huawei, sued the US government.

Xiaomi filed a lawsuit against the US blacklist decision!

As a result of the order of the Board of Directors, the announcement shared by Xiaomi Corporation President Lei Jun is as follows;

Regarding the press release issued by the United States Department of Defense on January 14, 2021 (Eastern Standard Time) for the company to be included in the list of qualified legal entities in accordance with part 1237 of the National Defense Authorization Act (“NDAA”) for fiscal year 1999, The Company announced on January 15, 2021 that it will take appropriate measures to protect the interests of the Company and its shareholders.

On January 29, 2021 (Eastern Standard Time), the company filed a lawsuit against the United States Department of Defense and the Department of Treasury in the US District Court of Columbia. The Company believes that the decision by the United States Department of Defense and the Treasury to include the Company as a “Communist Chinese Military Corporation” under the NDAA (the “Decision”) is not in line with reality and leaves the Company without legal proceedings. In the case filed, the company requested the court to accept the decision as unlawful and therefore annul the decision in order to protect the interests of users, business partners, employees and Company shareholders worldwide.

The Company will inform the Company shareholders and potential investors of other important developments regarding the lawsuit through additional disclosures, as appropriate.

Shareholders and potential investors are advised to exercise caution when dealing with Company securities.

Would You Sell Bitcoin for 23 Dollars?