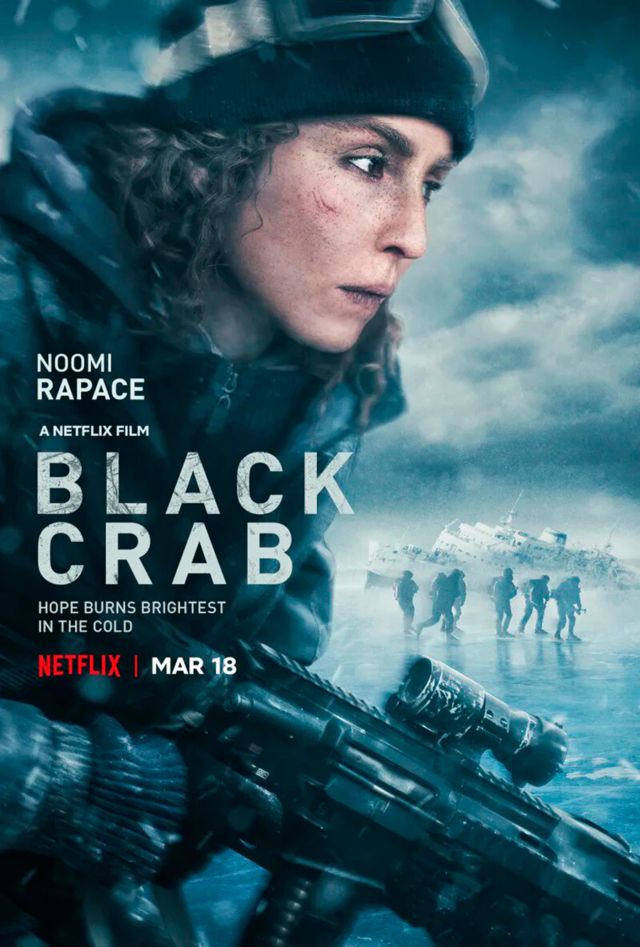 Black Crab: The streaming platform announces the release date of its new post-apocalyptic action movie starring actress Noomi Rapace. Black Crab, the new post-apocalyptic action movie starring actress Noomi Rapace, already has a release date on Netflix. This is how the platform has shared it through a new and impressive trailer that you can see on these lines and that immerses us (pun intended) in a world plagued by a great war and in which a group of soldiers has the key to finish with the conflict. Thus, Black Crab will hit the small screen on March 18, 2022.

A suicide mission over the frozen sea

Thus, this new Swedish production directed by Adam Berg, a filmmaker making his debut in the world of feature films after a successful career as director of music videos, takes us to a post-apocalyptic world in which six soldiers have a mission that could put an end to to global war. To do this, they will have to transport a package across the frozen sea, a “suicide” mission due to the many dangers they will have to face.

“To end an apocalyptic war and save her daughter, a soldier undertakes a desperate mission: transport a top-secret cargo across a frozen sea,” we can read in her official synopsis. The script is in charge of Pelle Radström with a cast led by actress Noomi Rapace (Millenium, Prometheus) along with other names such as Aliette Opheim (Katla), Jakob Oftebro, Dar Salim, Ardalan Esmaili, Erik Lönngren, Cecilia Säverman and Martin Hendrikse. .

Netflix recently released the new installment of the horror saga The Texas Chainsaw Massacre, while one of its most anticipated upcoming releases will be the fourth season of Stranger Things. Black Crab will be available on Netflix starting March 18, 2022.