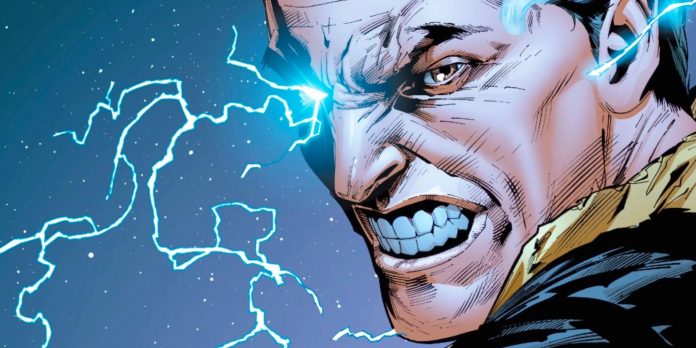 While Black Adam is a major force to be reckoned with in the DC universe, the latest installment of Batman: Urban Legends reveals a hidden power that comes from having lived several lifetimes as an immortal. Discovered during Batman’s first encounter with a powerful dictator, this power is not inherently magical like the rest of his impressive abilities. Instead, Black Adam’s secret skill is one he has been developing for hundreds of years (much to the Dark Knight’s surprise).

In the new issue of Batman: Urban Legends #17, a story titled “Statecraft” is written by Alex Paknadel and Amankai Nauelpan. While other stories featured in the anthology series have focused on Batman’s allies in Gotham, such as the Red Hood and Ace the Bat Hound, this new installment focuses on some of Batman’s earliest teams and encounters with Flash, Aquaman, and the ever-formidable antihero Black Adam.

In the new story, Batman encounters Black Adam, who recently took over the country of Kandak as its new ruler. Fearing that Adam’s dictatorship will lead to even greater injustice, the Dark Knight brazenly tries to take Black Adam and his power alone. Despite all his magical power, which he could use to easily end Batman’s life, Black Adam honorably agrees to fight mortal with mortal. Although this was what Batman was betting on, the Dark Knight did not expect to encounter Black Adam’s skill in a combat form so complex that only immortals can perfect it.

According to Batman in this new story, Dhritishstra was a combat system developed by the immortal Vandal Savage thousands of years before in India. The Dark Knight also notes that Ra’s al Ghul has spent his entire life just learning basic moves. Although Batman is a master of several forms of martial arts, this is something he will never be able to fully learn in his only mortal life, which gives Black Adam a great advantage. At the same time, Adam still respects Batman and his crusade to Gotham, despite the limitations of the Dark Knight.

By the end of the issue, Batman and Black Adam come to an uneasy understanding after attacking Kandak, demanding that Black Adam go to defend his new nation. After rejecting Black Adam’s offer to share his power so that Batman could rule Gotham as an immortal, the Dark Knight was fortunately allowed to walk away with his life. After this tense encounter, the Dark Knight is now one of the few who knows that Black Adam is secretly one of the best hand-to-hand fighters in the entire DC universe.

The problem with WWE Champion Liv Morgan (how to fix it)