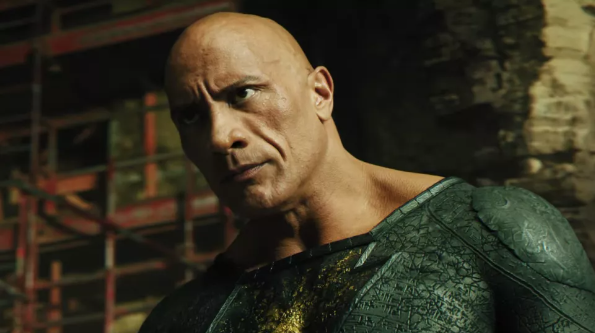 The first half of this story is completely free of spoilers and does not destroy Black Adam. We’ll get back to the Black Adam spoilers later, but we’ll warn you long before they happen.

Studios are doing everything in their power to prevent information about their major films from leaking… usually in the form of comics. Studio blockbuster screenings are limited to large markets where security can deter spoilers and piracy. But as soon as the film enters the open market, viewers, unfortunately, have the right to publish what they see fit. And that’s what’s happening with the anticipated end credits scene for the new DC movie “Black Adam,” starring none other than Dwayne Johnson. If you want to stay untouched for a scene that won’t be in theaters until October 21, then start staying away from social media.

So, at the beginning of this month, the world premiere of “Black Adam” took place in Mexico City, and this week another premiere took place in New York. The audience starts watching the film (after the press representatives have watched it to take part in the Black Adam junket). This means that some viewers were able to capture the sequence of the end credits and, according to Variety, posted them online. The trade further notes that social media platforms such as Twitter and Tik Tok are doing everything possible to remove any clips from the footage, as this violates the rules of the sites regarding the placement of copyrighted materials. But the genie has broken out of the bottle, and trying to get ahead of the internet when it comes to sharing such materials is like trying to put toothpaste back in a tube.

What’s going on on stage? Variety has details and we will put them after this image. This is your last chance to escape before the spoilers begin!

By the end of the film, Black Adam (The Rock) has established himself as a defender of Kandak. A car approaches him, which is a screen, and on it is the leader of Task Force X, Amanda Waller, played by Viola Davis. She implies that Black Adam can stay in Kandak, but if he decides to try to leave the area, she will bring down a hammer on him. Black Adam objects that there is no being on the planet strong enough to stop him, to which she replies that she has access to people who are NOT from this planet.

At this moment, the car explodes, leaving behind a wall of smoke. And from this smoke comes the phrase:

It’s been a long time since someone made the world so nervous. Black Adam… we need to talk.

The line is represented by ​​​​Superman, played by fan-favorite actor Henry Cavill, returning to the role for the first time since Zack’s “Justice League” ​​​​Snyder. Now, when we interviewed Dwayne Johnson on behalf of this movie, he promised us that Black Adam would fight Superman in the upcoming DC movie. However, I will warn that DC and Warner Bros. they put teasers in several of their films that didn’t pay off. Do you remember the scenes of the final credits of the Justice League, which tells about the joint work of Lex Luthor and Detstroke?

So while it seems like Rock wants to build such a team, DC fans still need Black Adam to do really well at the box office, showing studios that there is an appetite for more stories in this world. And leaking information about the main reason why it’s worth WATCHING this movie doesn’t really increase the box office of the movie.

BTS’s Jimin Sells Out a Limited Edition Item In Seconds

Minecraft Java Bedrock will no longer need to be used separately