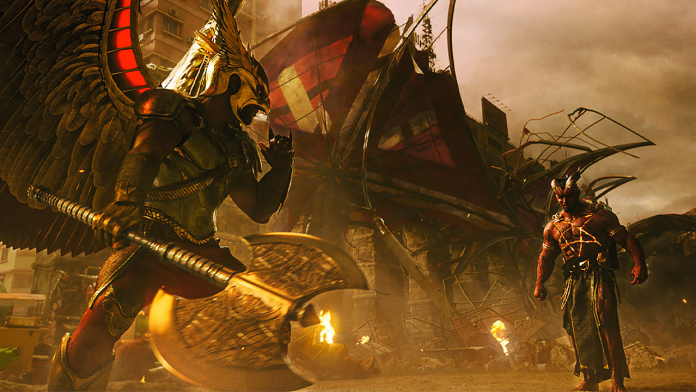 The final trailer for “Black Adam” has been released, and along with a show of strength by DC antihero Dwayne “The Rock” Johnson, it also gives us a new look at the Justice Society of America and our first look at the villain Sabbuck.

“Black Adam” is due in theaters on October 21, and we’ve been given more details about what we can expect from Black Adam, whose appearance, according to Johnson, will mean that “the legacy of the power of the DC universe is about to end.” change.”

For those who don’t know, Sabbak was a villain introduced in the Outsiders comics Vol. 3 8 in 2004 and was a Russian crime boss named Izmail Gregor, possessed by a demon. In “Black Adam” he will be played by Marwan Kenzari.

As for Black Adam, this film tells about an antihero who spent almost 5,000 years in prison after gaining the “omnipotent power of the gods.”

“In the ancient Kandak, Tet Adam was endowed with the omnipotent powers of the gods,” says the official description of Black Adam. “After using these powers for revenge, he was imprisoned, becoming Black Adam. Almost 5000 years have passed, and Black Adam has turned from a man into a myth, into a legend. Now liberated, his unique form of justice, born out of rage, is challenged by the modern heroes who form the Justice Society: Hawkman, Dr. Faith, Atomic Wrecker and Cyclone.”

To learn more, be sure to check out our take on the secrets from this trailer, including how the Justice Society of America preceded the Justice League.

NCIS Season 19: What’s Happening With The Drama Filming And Why...