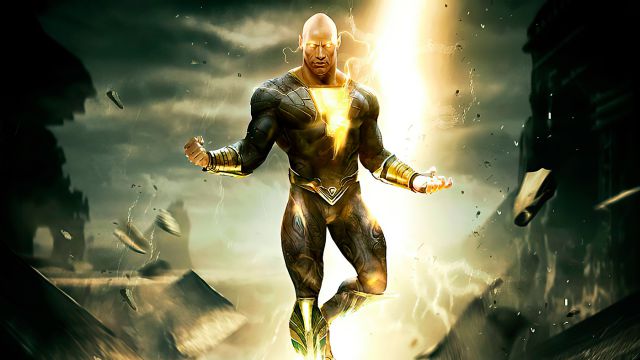 Black Adam: The famous Hollywood actor shares the news with a photograph of the production clapperboard and several photos of himself training for the role.After anticipating the news a few days before, Dwayne Johnson has finally announced the start of filming Black Adam, the new Warner Bros. and DC film that aims to “change the hierarchy of power in the DC Universe” and that has its premiere finally set. for July 29, 2022 after several delays in production due to the global coronavirus crisis.

On the clapperboard itself you can see the name of the director, Jaume Collet-Serra (born in Sant Iscle de Vallalta, a small town in the province of Barcelona, ​​although at age 18 he moved to Los Angeles to study film) together with the director Oscar-nominated cinematographer for the film Joker Lawrence Sher. Along with the photograph he has shared the following text:

“History in progress, extremely excited and what a humble moment to share with you. The first day of filming of our Black Adam officially kicks off. Our Director and teacher, Jaume Collet-Serra. Our Oscar nominee (Joker), Director of Photography, Lawrence Sher. We have an all-star production team – incredibly talented, motivated, committed and focused to raise the bar and deliver something special to the world. It is an honor ”, writes the actor on his official Instagram account.

In addition, Dwayne “The Rock” Johnson himself has shared in recent days numerous photos of his training for Black Adam, demonstrating a spectacular state of form and a level of muscle that will surely fill Black Adam’s suit like no one else. Remember that the spectacular cast of the film includes such striking names as Noah Centineo, Aldis Hodge, Quintessa Swindell, Pierce Brosnan, Marwan Kenzari, Sarah Shahi, James Cusati-Moyer and Bodhi Sabongui.

Can the Japanese cast save the movie “The Ghost of Tsushima”?