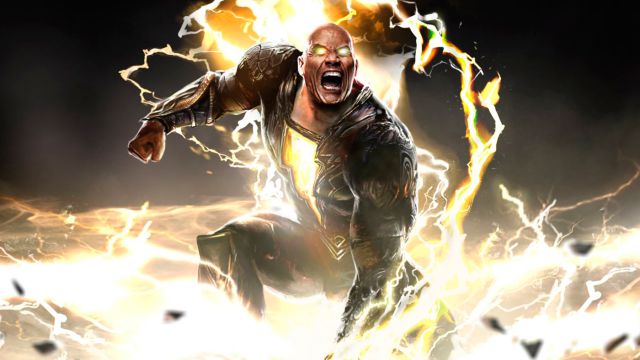 The new Warner Bros. movie that aims to change the hierarchy of power in DC stars in a colorful promotional campaign in downtown New York.

Black Adam, one of the most anticipated films from Warner Bros. and DC starring Dwayne “The Rock” Johnson, already has a confirmed release date; so much so, that the film that aims to change the hierarchy of power in the DC universe (in the words of the protagonist himself) will hit theaters on July 29, 2022. And it is that after the announcement of Dwayne Johnson himself a few hours before As news about the film was approaching, the announcement has finally been produced through a colorful advertising campaign in Times Square, one of the most central and busiest areas of New York.

Thus, and without prior notice, all the main advertising screens in Times Square that broadcast 24 hours a day, have gone black, to give way to the characteristic Black Adam lightning next to the final theatrical release date, all of this with the voice of Dwayne Johnson himself and the now classic slogan “The hierarchy of power in the DC Universe is going to change,” anticipating his powerful and relentless character.

Of course, it is a very powerful advertising campaign that will surely have cost a fortune, since the screens in Times Square represent one of the most famous audiovisual showcases in the world. Recall that initially, Black Adam had to be released at the end of this year 2021, although due to setbacks in productions due to the global pandemic of the coronavirus, it finally ran out of date after the last batch of delays of the next DC films .

Black Adam has a spectacular cast with Dwayne Johnoson at the helm as Black Adam himself along with other names already confirmed as Noah Centineo as Atom Smasher, Quintessa Windell as Cyclone, Aldis Hodge as Hawkman or Pierce Brosnan as Dr. Fate, the latter actor announced to join the project.

Bitcoin Again Can Fall Under $ 6k