Home Entertainment Black 4 Blood Will Allow Sharing The DLC With All The Members... 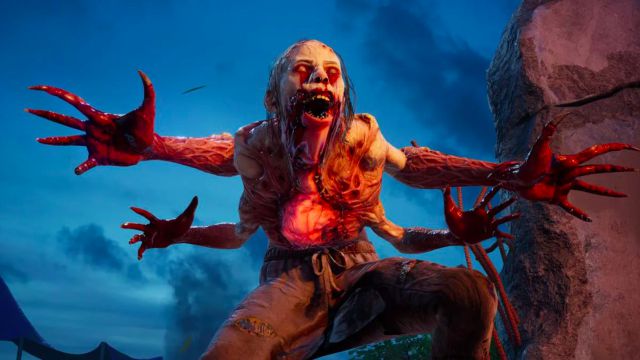 Black 4 Blood: If one of our friends or the leader of the game has bought downloadable content, we can also enjoy it whenever we play with it. Back 4 Blood continues to deserve to become one of the games that we most want to sink our teeth into. During this E3 2021, the title of Turtle Rock (the parents of Left 4 Dead, from which they only differ in name) announced a new PvP mode in which we will handle the zombies and confirmed that the game will be available at launch on Xbox Game Pass. Today the studio has given us new joy by sharing with us what its downloadable content policy will be like.

In order not to divide the community with the DLC that arrive after launch, Turtle Rock has promised that all the downloadable content that the leader of the session we are in, or the leader of our group of friends has, can be played by the rest of the members of the game. In other words, if we buy an extra mode or map in the future, our friends can also enjoy it as long as they play with us. Acquisitions are shared and everyone has access to the same options. The same will happen in PvP mode, in which all players will start with the same and in which everything can be unlocked without paying, simply by playing and advancing in the progression system. These rules will also apply to the famous card system of the game, which gave more than one chill in its presentation.

Despite this, from the study they assure that for now they are “totally focused” on the launch of the game and that it will take time to hear about their post-launch plans. It remains to be known then what these DLC will consist of. The title will arrive on October 12 to PC, PS5, Xbox Series X / S, PS4 and Xbox One, and as we said, it will be available on Game Pass. First impressions assure that we are facing much more than the return of Left 4 Dead.