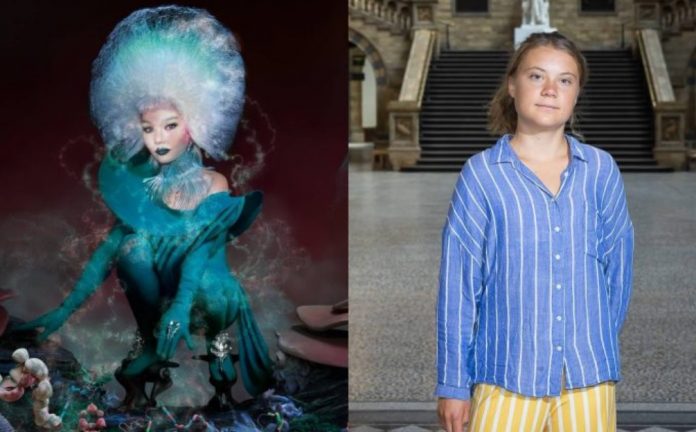 In the latest issue of the podcast, moderated by writer Kate Mossman, the artist and activist discuss climate change, greenwashing, politics and more.

The couple had never met in person before, but they had previously worked together on a speech about the environmental manifesto, which was performed during Bjork’s “Cornucopia” tour in 2019.

During the conversation, Bjork and Thunberg talked about their work (Thunberg’s new anthology “The Book of Climate” and Bjork’s new album “Fossora”), and Bjork told Thunberg: “I just read your book. And I am encouraged and saddened because the situation is even worse than we thought, but there are some encouraging moments that encourage us to act.”

Mossman later asked, “Which approach is more effective for an artist or musician: local action or the transmission of a global message?” to which Thunberg replied: “We have to act locally and think globally in everything we do. Mostly I do global things, but here in Stockholm I work as a volunteer, anonymously.”

Bjork added: “When I first got my platform in the 1990s, I agreed to do a few things, and it upset me. Suddenly I found myself in this non-profit universe with a lot of hierarchy and politics. I felt I could have the greatest impact on the environment at home and give something away one at a time; put all the eggs in the basket and follow it.

“Obviously, it wasn’t me alone. There is a large group of environmentalists in Iceland; often I am the face of it, but it is a voluntary job and it requires a lot of energy. We joke about it — we have to take turns holding the torch because people burn out. You’re getting very tired.”

“I thought we would do better with environmental things,” she said. “We reacted so strongly to the COVID pandemic; all the governments were working and we invented the damn vaccine in 10 months or so. It was a miracle for seven billion people. I hope that we will respond to the environment as strongly.”

She continued: “The representatives of Generation Z are really radical, and I’m glad that the environment is a priority for them — I’m for it! When I read the news, most of it won’t matter in 20 years. The only thing that really matters is how we treat the environment.”

In another part of our Big Read cover, Bjork talked about the creation of “Fossora”, the experience of losing her mother, the inclusion of children in the album, domestic delirium, politics in the USA, her role in The Northman and much more.

Jimin wrote an adorable letter to ARMY for his seventh anniversary