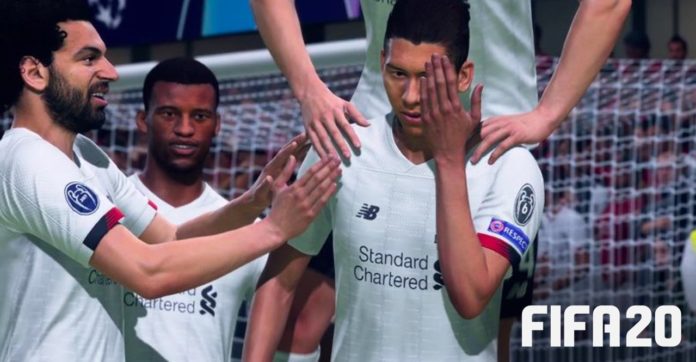 The day does not pass so that FIFA 2020 does not come up with a funny mistake. EA Sports’ newest link in the phenomenon football series came up with the ‘ghost goal’ problem this time. In the videos shared on the Reddit platform, it is seen that the footballers are delighted although they do not meet the ball nets.

Launched in September of last year, FIFA 2020 is home to mod and content for more games than its predecessor. In this sense, the production that gives players a saturated football experience, however, does not fall off the agenda with its funny mistakes.

In the news we made in the past weeks, we shared an error that caused Beşiktaş’s German goalkeeper Loris Karius to appear on the field despite not being in the match squad. After every bug and flaw we encounter in FIFA 2020, EA Sports continues to surprise us, even if we say “it doesn’t get any stranger than that”.

A new addition to the funny bugs in FIFA 2020: Ghost goal
A new mistake in Ultimate Team causes players to rejoice even though the ball doesn’t go into the net. In the video shared by a Reddit user, we see that the football player, who meets the ball in the penalty area, shoots hard from the ground after hitting the opponent in front of him.

Despite the ball licking out of the pole, the players and team-mates who shoot the shot rejoice as if they had scored. Moreover, the players on the opposing team are also upset by thinking that they have scored a goal. In addition, the referees on the field think that the goal is regular. So everyone except for the ball you will understand is sure that this shot will meet the nets.

The mistake in FIFA 2020 causes the players to enjoy the goal despite the ball going out
On the other hand, some Reddit users think the ball really crosses the line and this is just a visual issue. Some users say they have encountered a similar error in Career Mode before.

While the glitch is an error that will obviously affect Ultimate Team competitions, how common the problem is in FIFA 20 is currently unclear. But EA Sports needs to act quickly to avoid a potential confusion among players. Otherwise, this error may cause large disagreements.

Video of the ghost goal error in FIFA 20