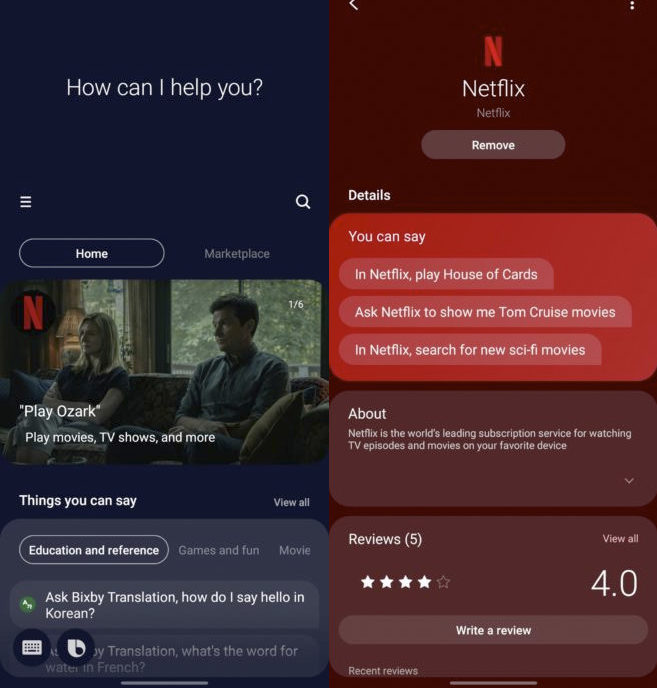 Netflix’s Android app got Bixby Voice support under an agreement with Samsung. Users can now start their desired Netflix content via the voice assistant.

Samsung announced that it had partnered with Netflix at the Galaxy S20 launch in February. At the Unpacked event, it was also confirmed that Netflix’s popular video streaming service will add support for Samsung’s digital assistant, Bixby Voice.

Netflix brought Bixby Voice support to the Android app nearly two months after the announcement. Netflix’s Android app has been updated today and it is said that Netflix now supports Bixby Voice in the changes.

Netflix content can be launched with voice commands
Netflix users who own a Galaxy smartphone will be able to start streaming content by giving voice commands to Samsung’s assistant. Users can start the content they want with commands such as “Ask Netflix to show me comedy movies” or “In Netflix, play Narcos”.

Voice control is not a new feature for Netflix, and it had already arrived in Google Assistant long ago. However, given that many people are not using Bixby Voice, it can be said that Samsung is trying to make its voice assistant stand out with the Netflix deal. Still, it’s an important improvement for those using Bixby Voice.

It was announced at the Unpacked event that Galaxy phone owners will have access to exclusive content for Netflix originals like Narcos. Exclusive video content will be created by directors using the featured camera features of the Galaxy S20 series.