More than 41,000 Bitcoins were withdrawn from the stock market after the US filed a lawsuit against BitMEX, and this work mostly benefited the fronts of other cryptocurrency exchanges Binance, Gemini and Kraken.

BitMEX, one of the world’s leading crypto exchanges, was faced with a series of legal accusations by US regulators last Thursday. Affected by this adverse situation, BitMEX futures exchange users started to empty their accounts. So, where will the cryptocurrencies withdrawn from BitMEX go? Apparently; to other crypto money exchanges …

BitMEX Loses Nearly $ 420 Million Worth of Bitcoin in Lawsuit News

Leading Bitcoin derivatives exchange BitMEX has accused several founders, including CEO Arthur Hayes, by the Commodity Futures Commission for “money laundering” and violating certain banking laws. In the course of the events, BitMEX lost nearly 40 thousand BTC that both users and users kept on the stock exchange. According to data published by cryptocurrency data analysis company Glassnode, approximately 40,000 BTC outputs were recorded within just 24 hours after the news was heard. 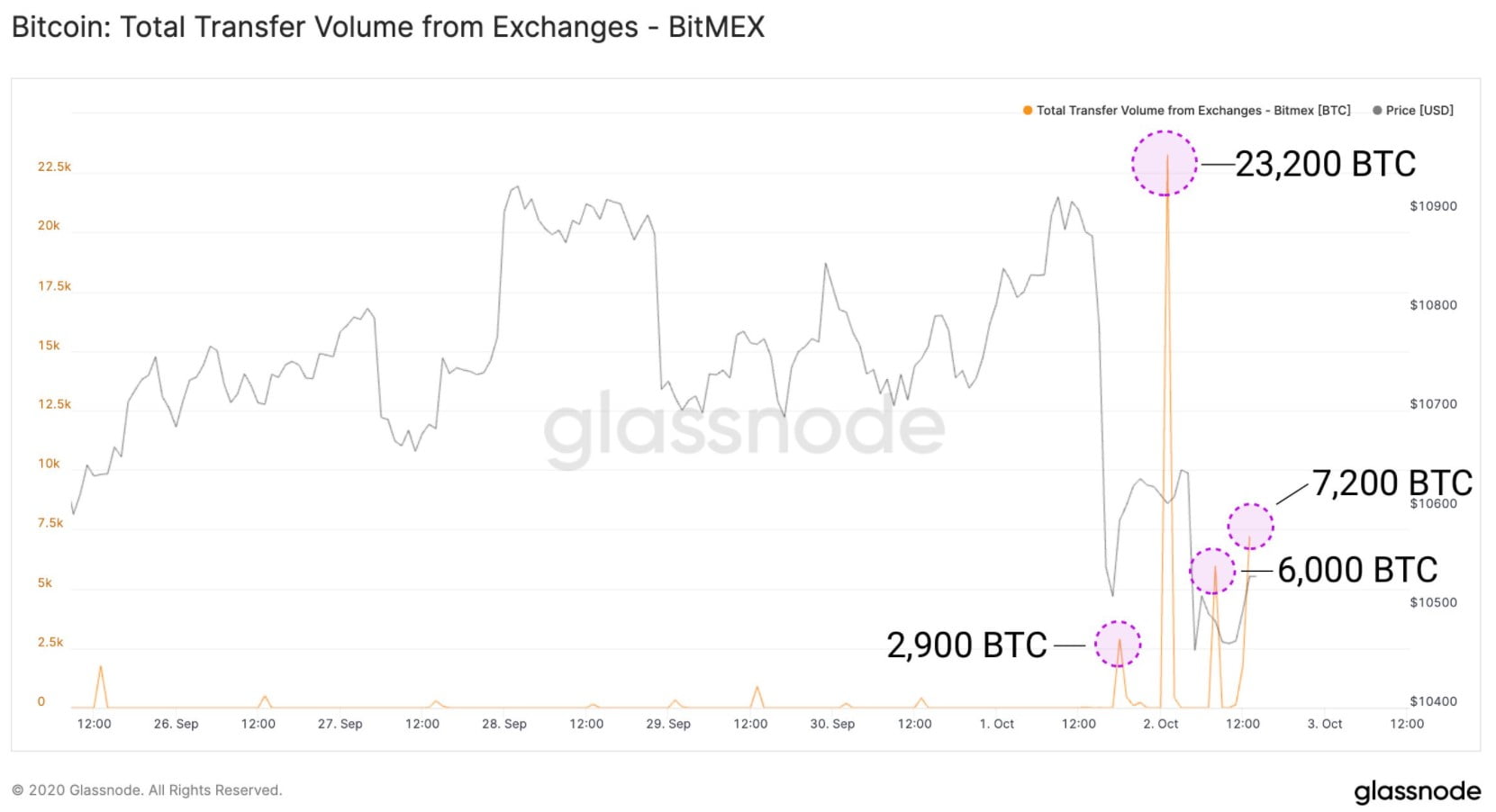 Not every record points to something good; BitMEX broke one of those negative records. Again, according to the data announced by Glassnode, 13% of the total Bitcoins in BitMEX were withdrawn in 1 hour, and this rate was recorded as the largest hourly BTC exit in the history of the exchange. Glassnode Data also announced that BitMEX held about 1% of the total Bitcoin supply in circulation before the indictment. This rate corresponds to 170 thousand BTC.

Those Fleeing BitMEX Embraced Other Exchanges

While the USA is planning to block BitMEX permanently; The trust of the stock market users was also shaken. Over 40,000 Bitcoins were withdrawn from the Seychelles-based exchange. This has benefited BitMEX’s competitors Binance, Gemini and Krakan. After the developments, BitMEX lost its position as the leading cryptocurrency exchange by 24-hour BTC volume and instead Binance became the number 1.

According to the information provided by CryptoQuant; As of October 2, 04:00, 11,257 Bitcoins from BitMEX were moved to the exchanges as follows:

Will Final Fantasy XVI come out on PC?

Redmi Note 9 will be introduced with a different name in...

Microsoft plans to buy more studios in the future