BitMEX CTO Samuel Reed was released on bail worth $ 5 million. According to the article shared by The Block, Reed’s bail, who was found guilty and arrested by the US Department of Justice on October 1, was paid in cash of $ 500,000.

In the court document examined by The Block, it is stated that Samuel Reed’s bail was approved on October 3, 2020. Among the conditions is that Reed surrenders to serve his sentence in the event of his conviction. Reed was represented by the chief attorney of Latham & Watkins LLP, William J. Trach, at the hearing held in the form of video conferences on October 1. The aforementioned $ 5 million bail was accepted as unsecured and $ 500,000 in cash. However, it was reported that Reed and his wife’s passports were also confiscated. 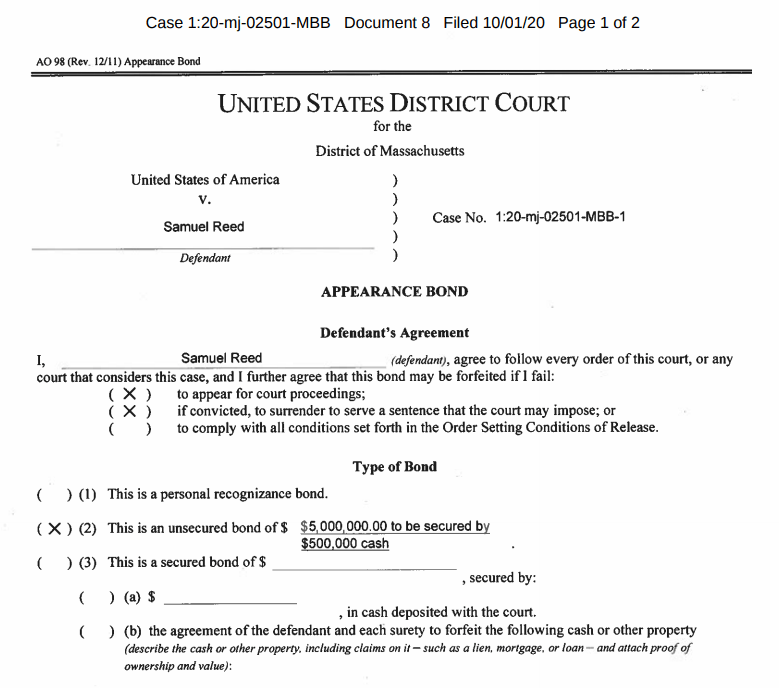 CTO Samuel Reed has been arrested for violating US bank laws and failing to comply with AML / KYC laws required to protect from money laundering on BitMEX. Reed was accused, along with his co-founder and friends Arthur Hayes, Benjamin Delo, and the freedman Gregory Dwyer.

What Happened Between BitMEX and the USA?

On October 1, the lawsuit filed against BitMEX by the US Commodity Futures Commission (CFTC) and the US Department of Justice shook BitMEX severely. The US Commodity Futures Commission accused BitMEX of operating illegal exchanges and failing to comply with AML / KYC rules. BitMEX’s parent company and HDR Global Trading, one of the defendants in the case, stated that they will fight strongly against the accusations. On October 8, due to the great tension between Bitmex and the US government and the court, the four executives of BitMEX announced that they were relinquishing their positions.

However, although BitMEX officials say that the company was not affected by these accusations, according to the analysis shared by SplitCapital on Twitter, Bitcoin worth $ 435 million (more than 40,000) was withdrawn from the exchange on the BitMEX exchange. Open positions decreased from $ 1 billion to less than $ 600 million.

Cardi B on the cover of Vogue with his daughter Kulture:...

What is DeFi (Decentralized Finance)?