Bitcoin (BTC) price started to rise rapidly after the last minute announcement for the coronavirus vaccine. The price of Bitcoin, which was below $ 15,500 throughout the day, reached $ 15,800, when it was learned that the vaccine studies were largely successful. But Bitcoin price started to move downward with a U-turn after that.

As a result of studies involving tens of thousands of volunteers, Pfizer Inc. and BioNTech SE, it was learned that the coronavirus vaccine prevented infection by more than 90 percent. This development, announced as breaking news, is 7 percent of Pfizer shares; It caused BioNTech shares to appreciate by 11 percent. A message of appreciation came from Donald Trump for this instant mobility in the stock market. Trump shared this news with the comment that “the vaccine is coming soon”.

Meanwhile, the S&P 500 futures and the Bitcoin (BTC) price instantly rose. But the continuation of this rise has not come for now. 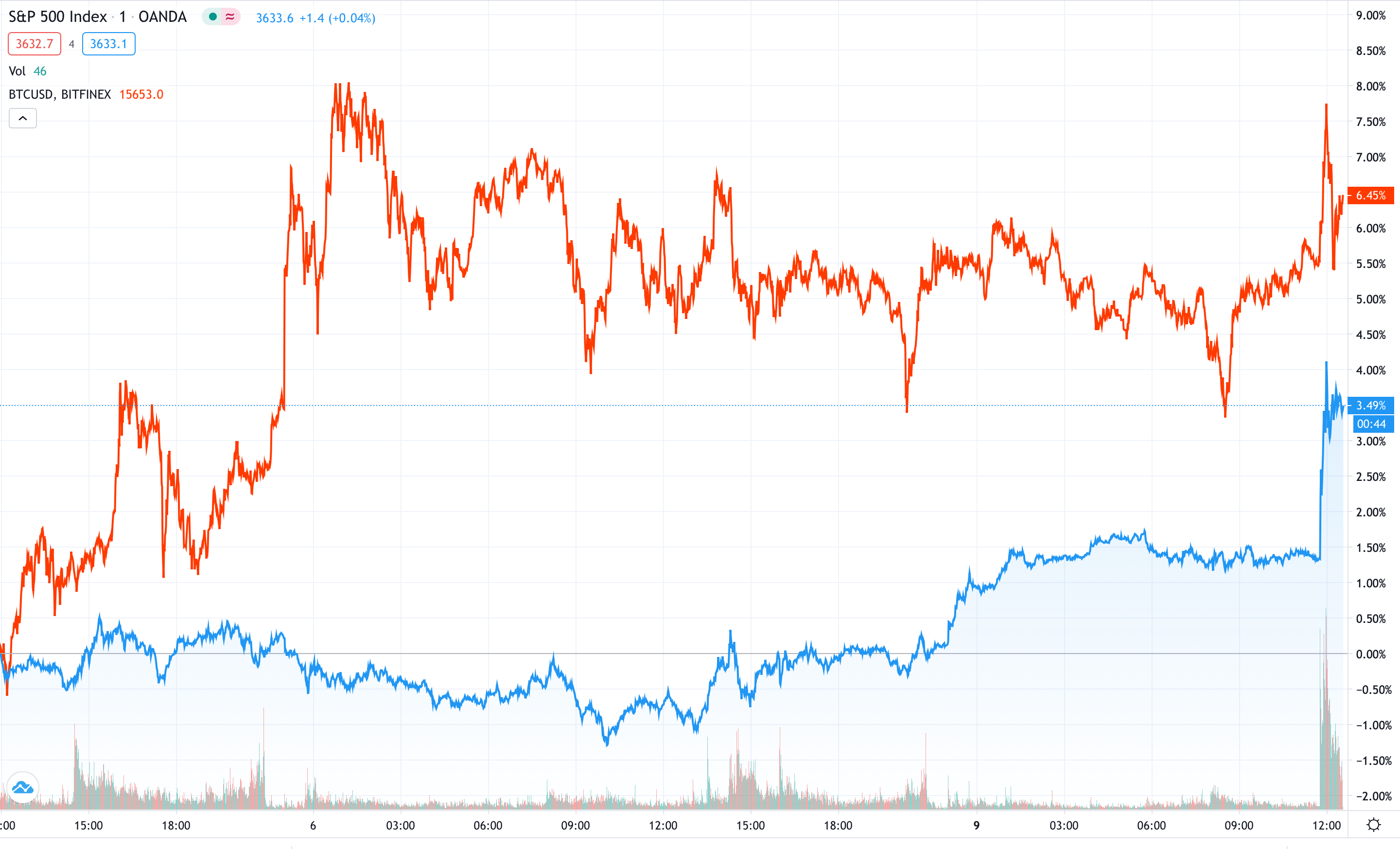 According to the Bloomberg news, the coronavirus vaccine has been tested on 94 patients who have gotten this virus so far. The companies plan to test the vaccine on 164 patients in total. Having a positive result from this process, which is expected to be completed within the next one to two weeks, may be a great threshold in the fight against coronavirus.

William Gruber, vice president of vaccine research and development at Pfizer, said this is “the best news that can be delivered to the world right now.” BioNTech CEO Uğur Şahin explained that it is an “extraordinary development” that more than 90% positive results are obtained from this vaccine, which gave positive results in the range of 60 percent to 70 percent in the initial phase.

A limited number of vaccines will be produced

Ashish Jha, Dean of the School of Public Health at Brown University, said that if the “90 percent successful” statement was true, it would be “much better news than expected”. However, even if it is successful, it can be said that the vaccine will be produced in a limited number at the initial stage. According to Stat News, Pfizer has announced that it will be able to produce 50 million doses of vaccine by the end of the year and increase this number to 1.3 billion in the next year.

How did it resonate in the markets?

This development announced about the Kovid-19 vaccine was felt almost instantly in the crypto money, stock and commodity markets. Bitcoin price, which rose to the level of $ 15,800, has now declined to $ 15,500. Meanwhile, S&P 500 futures are traded at 3.625. The price of ONS Gold is 909 dollars.

Bitcoin may have been the entity that gave the most complex reaction to the vaccine news. After bouncing with the S&P 500 in the initial phase, the price of Bitcoin started to fall sharply.

Android updates for Huawei may be terminated!

Legend: Sale Date of Atari Token Has Been Determined