Home Crypto Bitcoin’s Next Step is to These Levels! 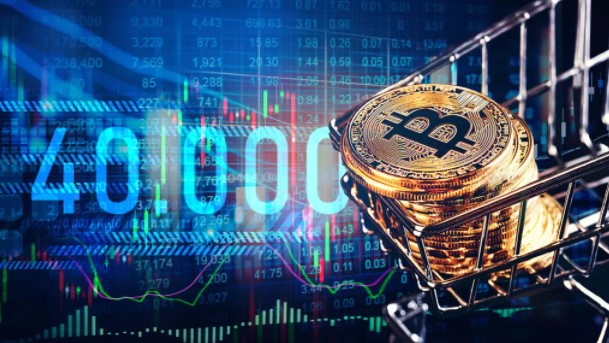 Is the Bitcoin (BTC) bull making a comeback or is it a fake dawn? Analysts are weighing the next direction of the leading krypton after this month’s strong rally and share the main indicators to watch

According to Marcus Sotiriou, the metrics show that the rally is continuing

As we reported as Somagnews, the crypto market has seen a sharp rally over the past week, with Bitcoin recovering the $47,000 level and Ethereum reaching $3,400 for the first time since the beginning of January. Both of these figures dec jul clean water between the two best crypto and their recent lows around $34,000 and $2,300, respectively.

Only time will tell which end of this spectrum is closer to the truth. But if this is just a jump, is it a strong and sustainable situation? More decisiveness among analysts seems to be on the bullish side. Marcus Sotiriou, an analyst at the UK-based digital asset broker GlobalBlock, draws attention to the on-chain data showing that Bitcoin points have moved very little to continue the rally and says:

Bitcoin is consolidating above $47,000 as market sentiment has been very bullish over the past week. Since Glassnode shows that more than 60% of the Bitcoin supply has not moved in a year, on-chain measurements show that the rally is continuing.

The analyst recalls that the only other time when the percentage of supply of BTC has not changed for more than a year was September 2020, and this led to a 500% movement in the price over the following eight months. Also, a report from Coinshares yesterday shows that there have been large inflows into crypto funds since December.

Kraken: Bitcoin’s price movement is at a critical juncture

The charts produced by the crypto exchange Kraken show that Bitcoin’s price movement is at a critical juncture.

In previous bull market cycles, BTC bounced back to the 20-week EMA and the 21-week SMA before bouncing back and continuing a bull market uptrend. A close below both moving averages is an indicator of a bear market.

“Bitcoin has exceeded $ 45,000 since January, which is a strong resistance for the price, ” says Yuya Hasegawa, crypto market analyst at Bitbank, the Japanese stock exchange. Although there was no clear trigger for the price increase, there were several positive developments for the crypto currency last week, such as Goldman Sach’s first BTC option transaction, Cowen’s participation in the crypto market, and the EU parliament’s crypto currency. Yuya Hasegawa performs the following analysis:

Sunday Sunday, Bitcoin’s futures market is accumulating short positions as the price fluctuates below $40,000 and just before the Market break-up, which resulted in the liquidation of about $71 million.

The analyst also notes that there are bullish indicators for BTC that appear in the technical analysis. According to the analyst, from a technical point of view, Bitcoin has left an ascending triangle, which indicates an upward trend and will probably continue to recover in the short term. In addition, the analyst adds that Bitcoin’s target range for this week is between December 45,000 and Dec 52,000.

Crypto trader and analyst Peter Brandt is closely monitoring Bitcoin (BTC) as the leading crypto currency threatens to print the highs of 2022. The experienced analyst, known for accurately predicting Bitcoin’s 2018 crash, says Bitcoin’s recent price action is reminiscent of the market structure in April 2019, when BTC fell to $3,500 before igniting the first leg of the bull cycle.

The BTC model is called the ascending triangle (bottom). Learn about Asc Tris in Schabacker, Study III, page 93. Also, compare the current model with a similar one in 2019.

Looking at Peter Brandt’s charts, the break from the ascending triangle model shows that Bitcoin has established a base and is ready to launch the next leg of the bull market. However, the analyst emphasizes that even a technical break does not guarantee that Bitcoin will follow the 2019 rally, and notes:

Charts do not predict the future. The graphs don’t even offer possibilities. Charts suggest possibilities and are useful for managing risks in a trade program. Graphic patterns can work, fail, or transform. If the laser eyes reappear and BTC stops, be careful.

The analyst, nicknamed Dave the Wave, responded to Peter Brandt’s series of messages indicating that Bitcoin is forming a larger ascending triangle in the weekly timeframe and suggested that BTC could rise as high as $69,000, an all-time high. According to Peter Brandt, the price movement of Bitcoin can follow the

House of the Dragon: Emilia Clarke’s Last Post Hints at Her...