The Tie company, which collects and shares data for digital assets, recently shared a chart on Bitcoin tweet volume. The company announced that Bitcoin’s tweet volume increased by 15.9% in October and that a total of 865,000 tweets were posted on BTC on a monthly average. He suggested to the company that the Bitcoin price rose to high levels in October as the reason for this increase. 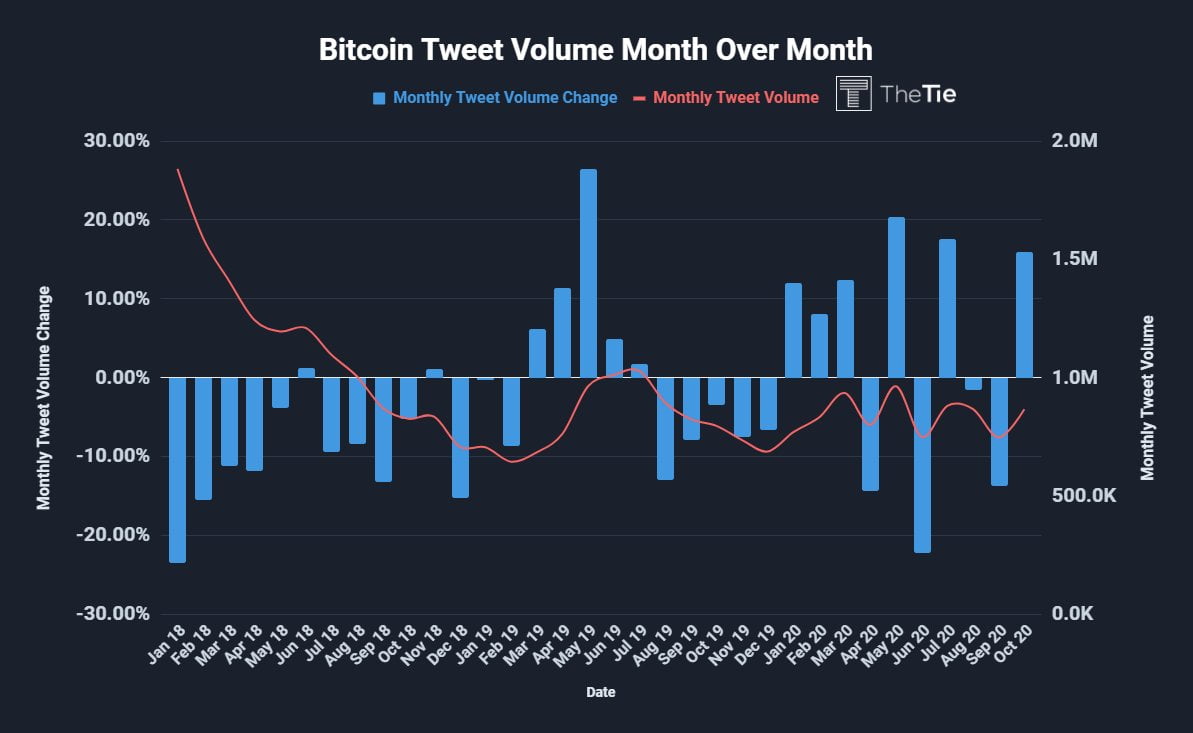 Stating that it aims to provide transparent and reliable data to cryptocurrency market participants, The Tie added that, interestingly, Bitcoin did not see more than 1 million tweets in a month in 2020, it could only approach. Vincent Figueras reports on IBTimes that this data indicates that the current price activity seen in Bitcoin is still in the early bull rally phase.

The change in the tweets about Bitcoin in the last 3 months is shared on bitinfocharts.com as follows:

How is Bitcoin October search volume?

According to Google Trends data, Bitcoin searches around the world rose in October. Countries with the most intensive exploration volume were Nigeria, Namibia, Cuba, South Africa and Cameroon, respectively. In an analysis shared by Cointelegraph, it was stated that Bitcoin searches seen on Google Trends tend to increase during periods of intense bull rally. 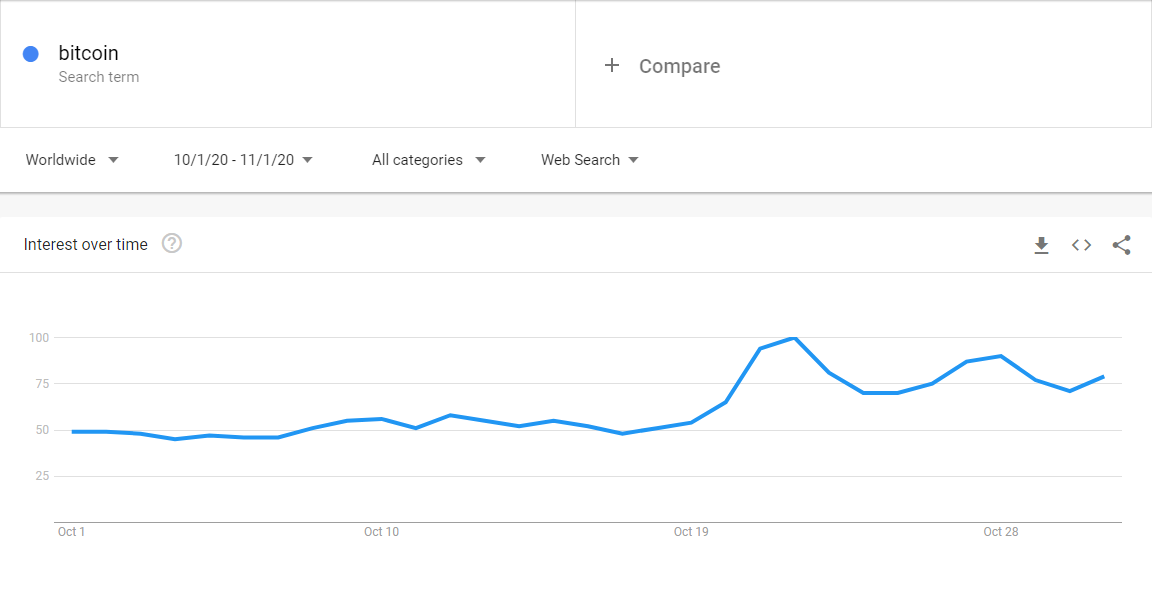 BTS: RM reveals that he visited an art gallery in Seoul