Home Crypto Bitcoin surpassed Tesla! The next target is gold! Bitcoin managed to surpass Tesla by increasing its market value. If it continues at this rate, it may overtake Apple and Microsoft in the near future!

Recently, there has been a general increase in cryptocurrencies. While Ethereum is breaking its own record every day, Bitcoin also shows a continuous upward trend. Moreover, when it comes to the general market value, Bitcoin managed to surpass Tesla by increasing the volume to 1 trillion 255 billion dollars.

In this way, Bitcoin, which pushed Tesla to 8th and Meta (Facebook’s parent company) to 9th place, managed to shake the seat of gold, which has been sitting in the leadership seat for a long time. The combined value of all cryptocurrencies has similarly increased, reaching $3 trillion.

Bitcoin shook the throne of gold!

Besides many companies and countries, gold is also a very popular investment tool among the public. But the biggest reason why it is so valuable is due to the race to collect gold, especially in the coffers of developed countries. However, cryptocurrencies, which have increased their popularity in recent years, also manage to participate in this race. 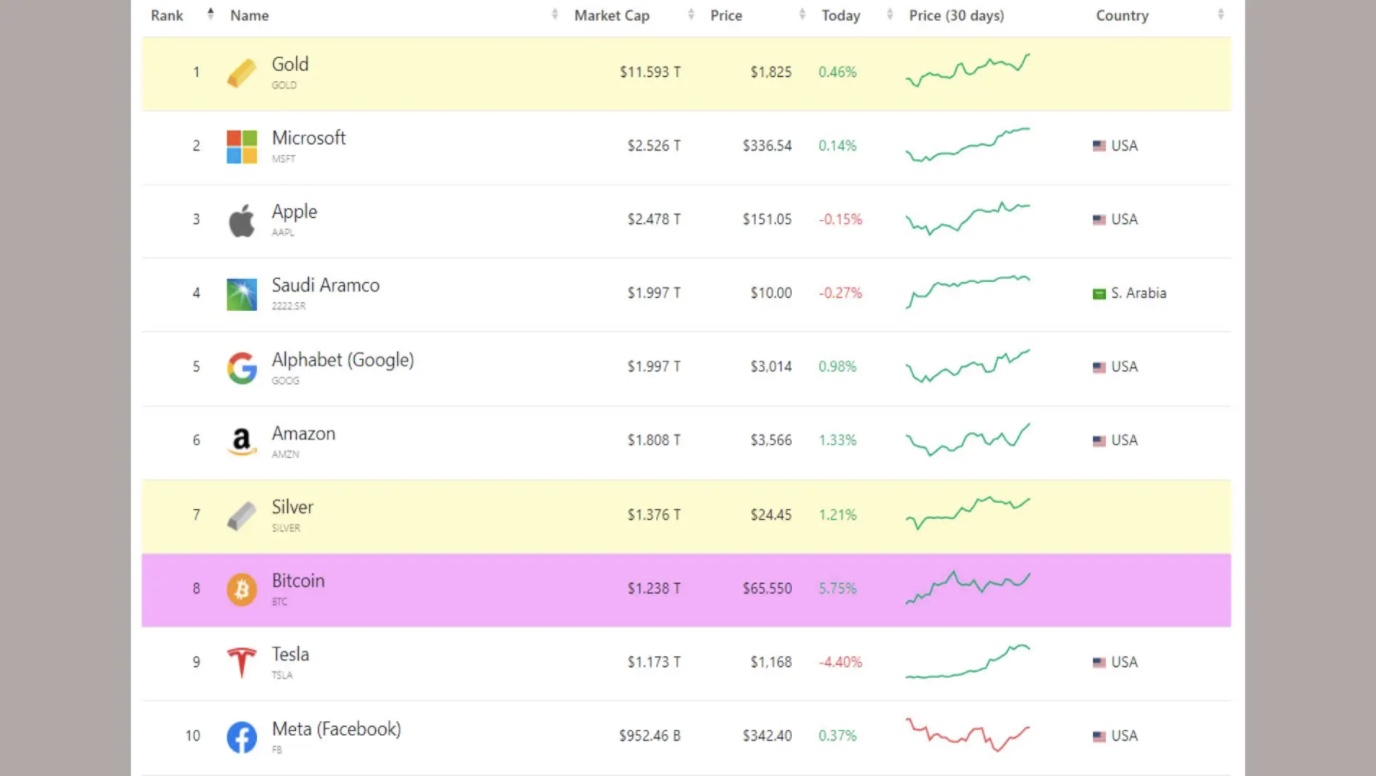 Although some far eastern countries are trying to ban cryptocurrencies and mining, eastern European and American countries have already started their legalization processes. In fact, El Salvador President Nayib Bukele converted a large part of the country’s reserves into Bitcoin.

Similarly, the Ukrainian parliament has decided that the use of the increased power from the nuclear power plants in the country in cryptocurrency mining will be the biggest investment for their future. Therefore, it seems very likely that cryptocurrencies, which are already in the 2nd place, will surpass the gold in the coming days.

On the other hand, New York-based investment bank and financial services holding company JPMorgan announced the fair value of Bitcoin, the oldest and largest cryptocurrency, at $35,000, in an announcement. According to the company, almost half of the value it currently trades is due to an artificial increase. However, if the rise continues, it was stated that it could rise up to the level of 73 thousand dollars.

What do you think about this subject? Do you think Bitcoin can surpass gold in the future? Or would you prefer cryptocurrencies instead of gold for investment purposes? Don’t forget to share your views with us in the comments!

Good News for These 7 Altcoins From Binance: They Are Added!