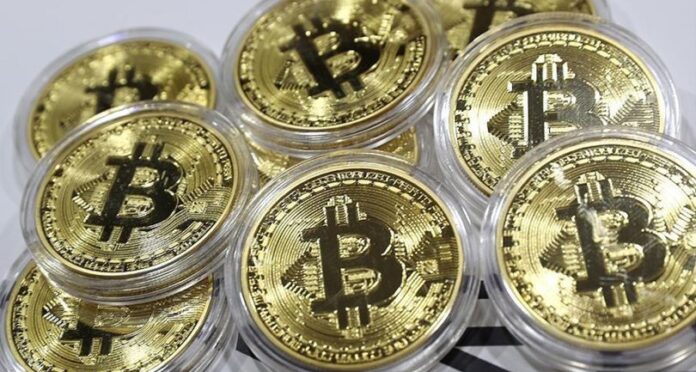 While Bitcoin had a total supply of 21 million, 18 million of that supply was removed during its 12 years of existence. The remaining supply is expected to be increased in a very long time until 2140. So you can never think of “What will happen when the last Bitcoin is mined? What awaits Bitcoin in 2141? ” Did the questions come? Even if you haven’t thought about it before, you should be wondering the answers to these questions. Let’s take a look at the researches on the subject.

Bitcoin (BTC) is an asset obtained by mining, almost like gold. Bitcoin miners; They extract blocks in the blockchain network with high energy consuming computers and various hardware. Miners’ new block issue means confirmation of transactions on the network, while at the same time, a new Bitcoin is produced.

What exactly do miners, who play a key role for Bitcoin, do?

Bitcoin miners incur high expenses due to many factors such as electricity consumption when mining blocks. There are two main revenue streams that miners rely on to cover this expense: the block reward from the blocks they produce and the transaction fees they receive from users.

As per the code of Bitcoin, the block reward will not be distributed when the supply of 21 million is reached. Thus, a miners’ income gate will have disappeared completely. So what will motivate miners to still work, confirm transactions, and keep the network safe? In other words, what will happen in 2141?

There are two scenarios for the year 2141

It is suggested that this will affect them the most when the supply of 21 million is reached, as miners receive rewards for each block they produce. It is also discussed that miners, who perform highly costly transactions, may not be able to operate on the network without any reward incentives. However, there are also some predictions that miners will be able to actively compete and continue to make new transactions due to the fees charged on each BTC transaction.

In light of all these, there are two basic scenarios that are discussed:

According to an article published on Hackernoon, transaction fees will be the driving force driving miners to work:

“With the exhaustion of Bitcoin supply, a huge jump in price can be seen as a result of a strong BTC demand, which could lead to higher transaction fees.

Another article supporting this scenario was published on FXCM. In the shared article, it is argued that as the Bitcoin supply reaches the upper limit, the BTC price may increase, thereby increasing demand. BTC transactions that rise with the increase in demand may also be affected and fees may increase. In another article published on the subject, it is stated that transaction fees can reach a sufficient level for miners and that miners can continue their activities:

“Transaction fees can reach a level that allows miners to make sufficient profits. If the whole world uses this digital currency as the primary exchange after all Bitcoins are mined, it is likely that transaction fees will increase due to the increase in transaction demand. ”

What if wages aren’t enough?

Scenario 2 – Bitcoin network will be compromised

In this scenario, an argument is created based on the Bitcoin block size. The average Bitcoin block is currently 1 MB and only 1 block can be mined every 10 minutes. There is some discussion that the block size limited by Satoshi Nakamoto may be increased in the future. While there are those who argue that it is necessary to increase the block size gradually, some say it should stay that way. So what does block size mean for miners?

In the above-mentioned bitcoin.com article, it was also suggested that the gradually increasing block size could negatively affect miners:

“If the block size continues to grow, the fees for transactions users have to confirm will also decrease. Given this possibility, miners will have to trade with low fees. This could pose a threat to the Bitcoin network. ”

Referring to the same issue, Paxful argues that as block sizes grow over time, transaction fees may decrease and miners may be negatively affected. If the transaction fees drop, the miners may not have any motivation to confirm the transaction because the block rewards will already be finished. Since miners are in a key position to network security, it can be said that the Bitcoin network could be compromised in this scenario.

Looking at the arguments presented in these two scenarios, it seems that we will continue to remain uncertain about what we will face with the Bitcoin supply in the coming years. But one thing is certain: 2141 will be a very important year for Bitcoin.

This Table In Bitcoin Was Last Seen In 2015