Home Tech Bitcoin is about to sign a 6-week series for the first time... 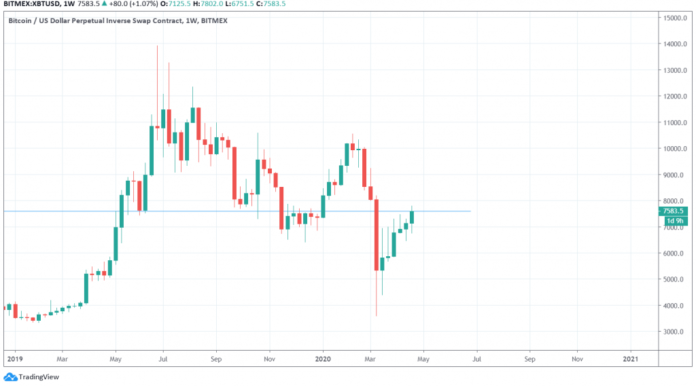 The largest cryptocurrency Bitcoin with its market value is about to form a six-week bullish series for the first time since early 2019.

Bitcoin, which has recovered significantly since the great fall on March 12 and has increased by 100%, is about to create green candles for 6 weeks in a row. Such a series was last seen in early 2019. If the cryptocurrency closes the week above $ 7124 tomorrow, it will sign another 6-week series.

The leading crypto coin, which was traded at $ 7586 during the minutes of the news, is facing significant resistance at these levels. The current level, which worked as a support in June and September last year, also created great resistance for Bitcoin for about 7 weeks from November to January that same year. In January, the cryptocurrency, which strongly exceeded this level, then rose to $ 10,550. It is stated that the weekly closing above $ 7700 will open the door to new rises for Bitcoin.