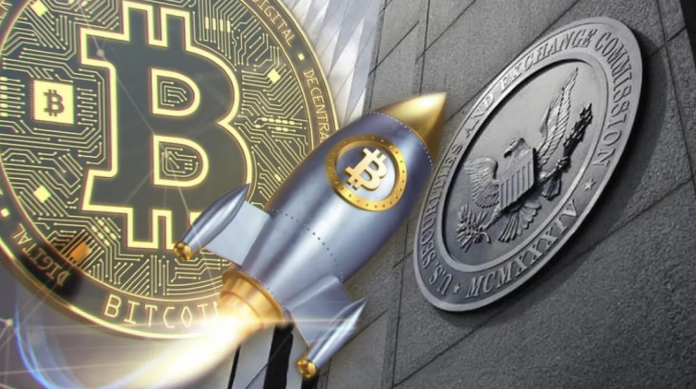 Bitcoin price has entered the last flat in the $ 60,000 rally that has been going on in the last days. So why did the crypto money rise, which saw $ 60 thousand during the day?

Bitcoin price, which has been fluctuating for a long time, has seen the value of 60,000 dollars again. Contrary to expectations, this rise is not without reason. The U.S. Securities Exchange Commission (SEC) today paved the way for exchange-traded funds containing Bitcoin contracts. With the SEC decision, which removed the obstacles in this regard, the Bitcoin price also reached the record level of the last six months.

The U.S. Securities and Exchange Commission SEC has yet to approve Bitcoin-based mutual funds. However, the commission has given preliminary approval for this process, which started last month. Thanks to these mutual funds, it will be possible to buy and sell these mutual funds based on Bitcoin value through legal procedures. This step is the first serious step in terms of integrating Bitcoin and other cryptocurrencies into the existing system.

After this serious step came from the USA, the price of Bitcoin skyrocketed from $ 57 thousand to $ 60 thousand. For now, the value of the main crypto currency is around 59 thousand 900 dollars. Bitcoin price record was 64 thousand dollars. It is a matter of curiosity whether the crypto money will be able to see this level after the long fluctuation, which has fallen to almost 20 thousand dollars.

Bitcoin price is just below the $60,000 level, according to CoinMarketCap data
This sharp rise of Bitcoin did not benefit the altcoin market, which started to recover yesterday. BNB, which was one of the stars of yesterday, especially with $ 480, anchored at $ 460 today. Ethereum, on the other hand, continues to move confidently to the level of $ 4 thousand despite Bitcoin’s $ 60,000 rally. However, the rise of Bitcoin caused the climb of Ethereum to slow down as well.

What is the star of the day in the crypto money market, NuCypher (NU), why did it rise?

Despite the reds dominating the altcoin market, the cryptocurrency called NuCypher showed a huge rise today. The crypto money in the markets with the Nu symbol gained a great value of 420 percent. Despite its history that started in 2017, the Ethereum-based cryptocurrency only established its own network in 2020.

The project basically aims to add a layer of privacy to blockchain projects. Behind this high increase seems to be a major network update that the project made in October.

In the news, information about the general situation of the crypto money market was written. The information contained herein is not investment advice.