Bitcoin (BTC) price, which rose with the support of the bulls in the market, saw the level of $ 17,000 today afternoon. BTC, which has valued more than 10 percent in the last seven days, gave hope to Bitcoin investors who expect to see a new record after 2017. BTC / USD, which was almost 20 thousand dollars in December 2017, has approached this level again with its performance in the last few weeks.

Bitcoin (BTC) price surged throughout the week, holding up to $ 16,900 at noon today. Impressed by the positive news of corporate companies such as MicroStrategy, PayPal, Square, Bitcoin gained 50 percent in just one month with the support of the bulls. BTC / USD saw the number of $ 17 thousand with the momentum coming today. 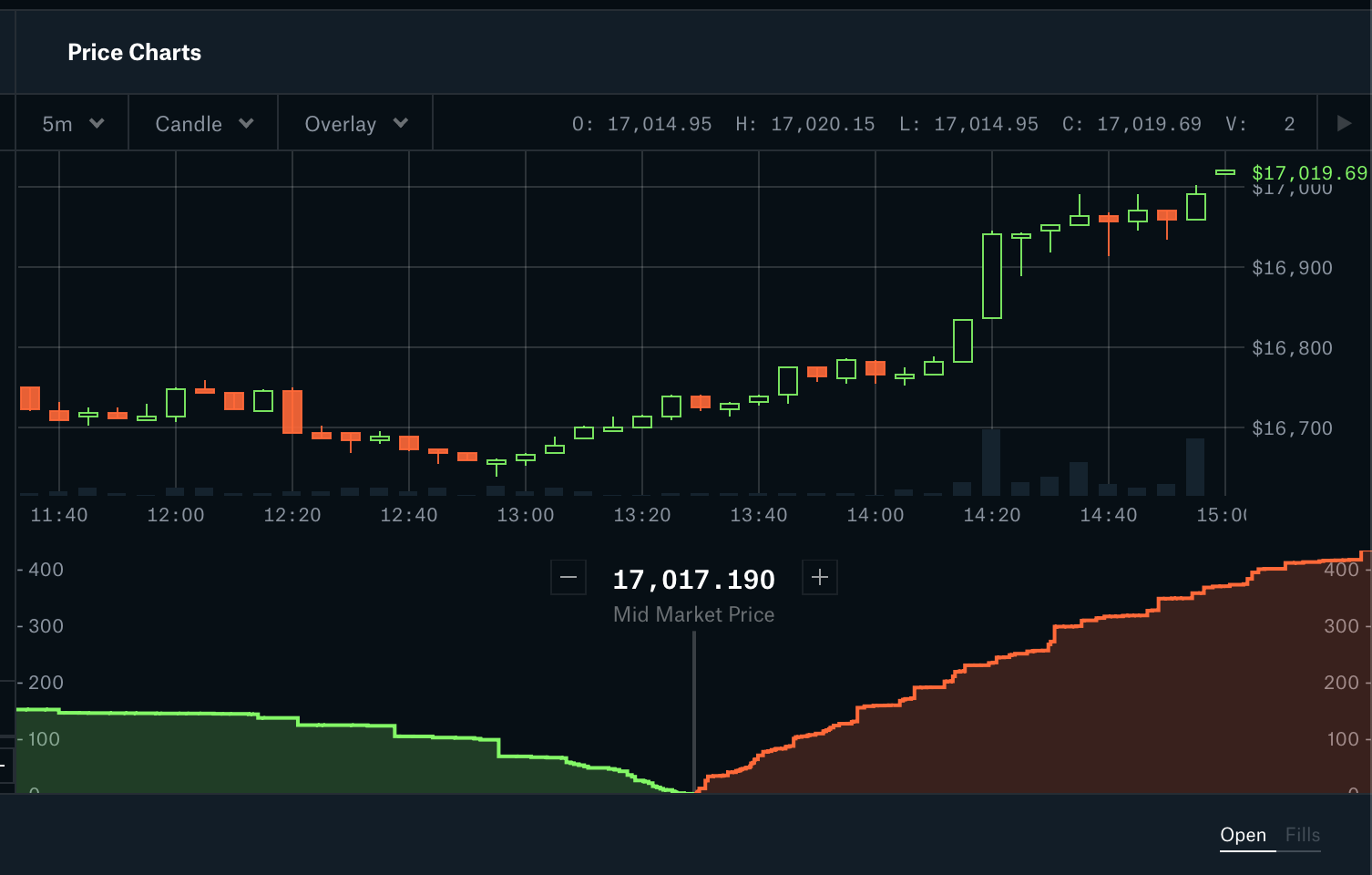 While Bitcoin saw 17 thousand dollars in stock exchanges such as Coinbase, it is traded over 130 thousand liras on domestic stock markets. According to Bitexen data, the BTC / TRY parity, which is 131 thousand 500 lira, has exceeded the level of 132 thousand lira in some exchanges.

BTC hit an all-time high in 2017, at almost $ 20,000. While investors were wondering if Bitcoin could break this record, the BTC price has now begun to approach this level again. Bitcoin, which ran from record to record this year and hovered at the highest levels seen since January 2018, will reach its all-time high again if it is valued at another $ 3,000.

Crypto money analyst Josh Rager, in a tweet he shared yesterday, drew the attention of investors to a possible attack that could be made towards $ 17,000. Rager announced that if the BTC / USD chart closes the day above $ 16,600, the next target will be $ 17,000 and above.

See Also
What Drives the Bitcoin Price to $ 16K?

Why is the bitcoin price rising?

The leap of Bitcoin today may have originated from yesterday’s mutual fund news. Skybridge Capital, which has $ 9.3 billion in assets under its management, gave a message to the Securities and Exchange Commission (SEC) in the US that it could start investing in cryptocurrencies.

This news created the perception that corporate FUD may have occurred in the market. On top of that, Maisie Williams, known for her role as Arya Stark in Game of Thrones, tweeted about Bitcoin and this tweet was answered by Elon Musk, which was interpreted as BTC may have entered a new bull cycle.

In addition, the positive statements made by Citibank General Manager about Bitcoin were positively reflected in the BTC price. In the report prepared by Citibank, it was claimed that the BTC price may have exceeded 300 thousand dollars by 2022.

Bloomberg analyst Mike McGlone announced the biggest obstacle to BTC / USD in a tweet he shared yesterday. McGlone, who makes long-term record predictions for Bitcoin and gold prices, believes that the road from here to $ 20,000 is an uphill slope.

Saying that the hardest obstacle to Bitcoin is to exceed the $ 20,000 number, McGlone expects a more radical rise in the long run. So much so that the famous analyst set a target of $ 1 billion for Bitcoin’s market value. 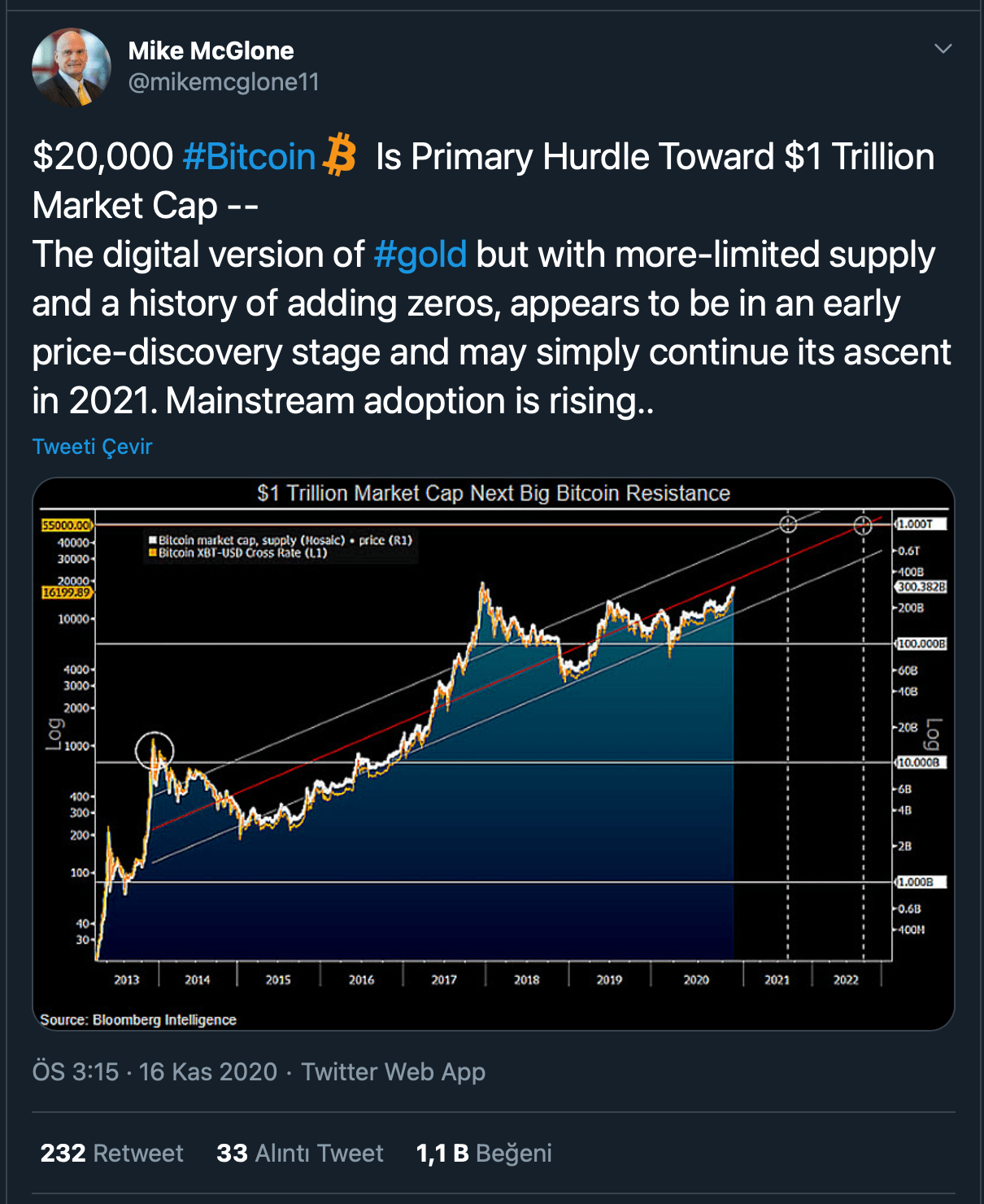 Why was the show successful, according to Hill Harper?

Amazon Sets Up a Special Unit to Detect Fastening Products

Wondering about PlayStation 5 has been answered!

What are the differences between optical and digital zoom?