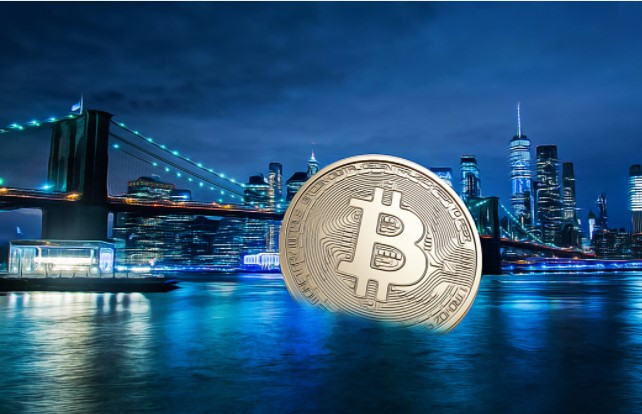 Bitcoin’s price is now at a critical juncture, we haven’t reached the $100,000 target that analysts have voiced throughout the year, so what awaits us in 2022? Analysts expect $100,000 in 2022, but what does technical analysis show? On the first day of the year, we discuss price expectations.

Bitcoin’s (BTC) 2021 finished well below analysts’ $100,000 target estimates. Kraken CEO Jesse Powell, who also foresees a price target of $ 100,000 for Bitcoin, believes that the rise will still continue in the long run. However, Powell points out the possibility of a sharp decline in the short term.

One of the negativities that may put pressure on Bitcoin in the short term is the change in the monetary policy of the United States Federal Reserve. On December 15, the Fed announced that it would end its bond-buying program more quickly and predicted three rate hikes in 2022. Sam Stovall, chief investment strategist at CFRA Research, told CNBC that historically, the S&P 500 has tended to deliver negative returns during the 12-month period when the Fed undertook three or more rate hikes.

If history repeats itself, Bitcoin could perform similarly negatively in 2021 due to its strong correlation with the S&P 500 at various stages. It is difficult to predict with certainty whether investors will continue to buy Bitcoin to hedge their portfolios against rising inflation in the event of a risk.

Let’s take a look at the current technical analysis of Bitcoin amid these uncertainties.

Bitcoin’s sharp rise in 2017 pushed the RSI above 96, creating a state of enthusiasm among investors. Vertical rallies are rarely sustainable and usually follow a sharp correction or a period of consolidation. This is what happened after the bull run ended in 2017.

The BTC/USD pair remained below December 2017 highs until it broke above $20,000 in December 2020. This marks a major foundation-building period of about three years. The pair’s sharp rally in 2021 pushed the RSI above 91 in March before the profit booking began. However, unlike 2017, the bulls aggressively defended the 20-month exponential moving average ($37,281).

This allows us to understand that sentiment remains positive and investors see dips as buying opportunities. The subsequent rally took the pair to an all-time high at $69,000, but the bulls were unable to sustain higher. This shows that traders are selling profits during the rallies.

The sharp correction has once again pulled the price towards the 20-month exponential moving average (EMA) and the RSI is showing signs of a negative divergence suggesting that the bullish momentum may weaken. If the bears sink and sustain the price below the 20-month EMA, the pair could drop to the critical support at $28,800. This is an important level for the bulls to defend, as a break below this could put Bitcoin on a long recovery.

On the other hand, if the price rises from the current level, the pair could retest $69,000. A break and close above this resistance could signal a resumption of the uptrend. The bulls pushed the price above the $64,899 level twice but failed to sustain higher. This can trap aggressive bulls and result in a liquidation.

The 20-week EMA ($52,016) has started to drop gradually and the RSI has dropped into negative territory, which indicates that the bears are trying to make a comeback. The bulls tried to defend the 50-week simple moving average (SMA) ($47,709) but failed to push the price above the 20-week EMA. This could attract more selling and the bears are now trying to push the price to the next strong support at $39,600. This is an important level for the bulls to defend because if it breaks, the pair could drop to $28,732.

Such a move could delay the start of the next leg of the uptrend and squeeze the pair between $28,732 on the downside and $69,000 on the upside. Conversely, if the price rises from the current level and rises above the 20-week EMA, the bulls will make another attempt to move price into the overhead resistance zone of $64,899 and $69,000.

If successful, the bullish momentum could increase and the pair could start its journey towards the 100,000 price zone where the rally could face strong headwinds.

Alternatively, a break and close below $28,732 could result in a bear market where the next strong support will be at $20,000.