If Bitcoin can show its halving performance in previous years, the value of Bitcoin can be 340 thousand dollars. Whether the prices of Bitcoin (BTC) will increase with the halving, which takes place every 4 years and we have spent the third time this year, is one of the issues that both investors and those interested in the market are curious about. 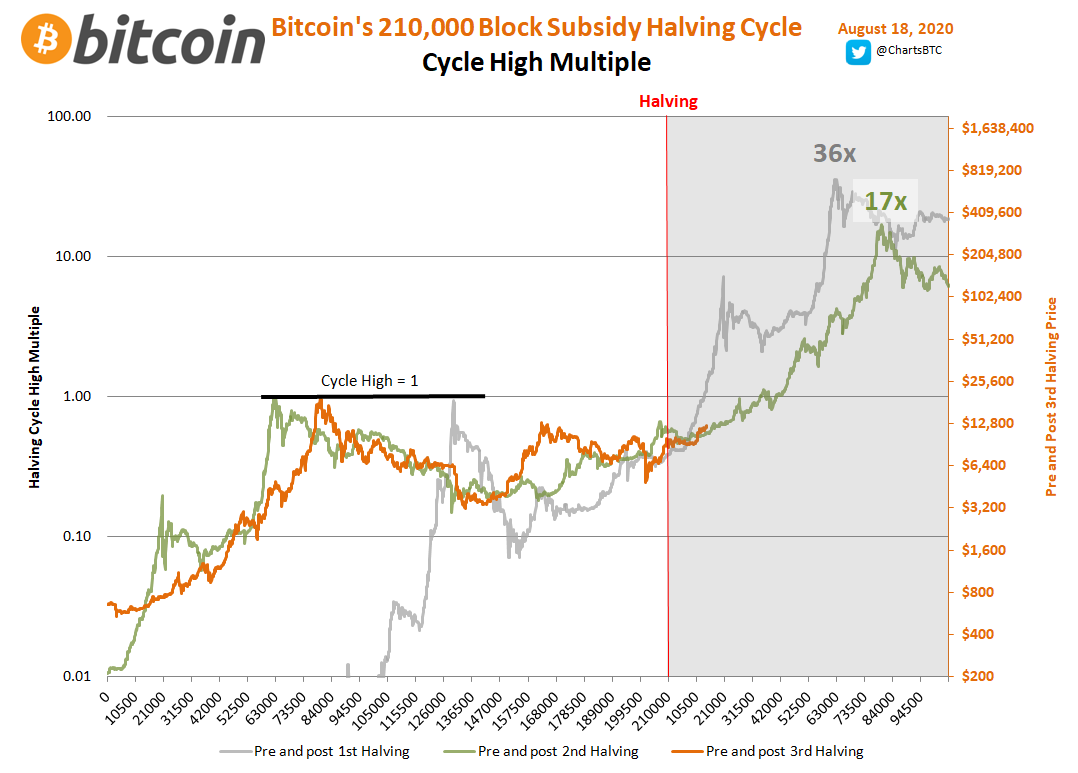 These Are Mathematical Data Only

ChartsBTC stated that targets such as 720 thousand dollars are possible, but also stated that these figures are only a result of statistical data. Stating that the BTC price should be in the range of $ 250,000 – $ 1.6 million in the next 18 months if the rates in the past cycles come to life, ChartBTC also mentioned that it is a very small possibility for this to happen.

The Effect of Halving on BTC Price

Halving means ‘halving’ of the BTC miners earn from the block every 4 years. The goal here is to both reduce the speed of new Bitcoins to circulate and slow them from reaching the limit of 21 million.

According to some analysts, the decrease in the availability of Bitcoin supply can increase the Bitcoin price rapidly and even see new records as demand increases. Some experts, such as Meltem Demirörs, argue that, contrary to the prevailing opinion in the market, the halving activity will not have such an impact on the BTC price.

Asus ZenFone 7 Pro in performance test! Here is the result

How Is Plastic Produced From The Most Used Raw Materials Of...

Stormy Night Chapter 32, the bravery of an omega

Vitalik Buterin Warns Against the Popular Trend of the Last Days