Based on historical cycles, the bitcoin price could be $ 20,000 again in the next 3-12 months. For Bitcoin, which has been on a new record from lows since 2009 by market analysts and has been found to have experienced 4 cycles, the cycle it is in may take longer than before.

When the movements of bitcoin since 2009 were examined, speculation that a new record would come began to spread rapidly. According to experts, since Bitcoin (BTC) started its market life, it has taken its price from lows to new records with 4 cycles. Suggesting that the mentioned cycles range from 600 to 1050 days, experts say that BTC spent 300 days in the current cycle. This means that it may take between 3 months and 1 year to the end of this cycle, which is supposed to be completed by signing a new record. Whether this loop theory is correct and, once again, whether the predictions will be matched will be revealed when market followers carefully follow BTC within the alleged time frame. 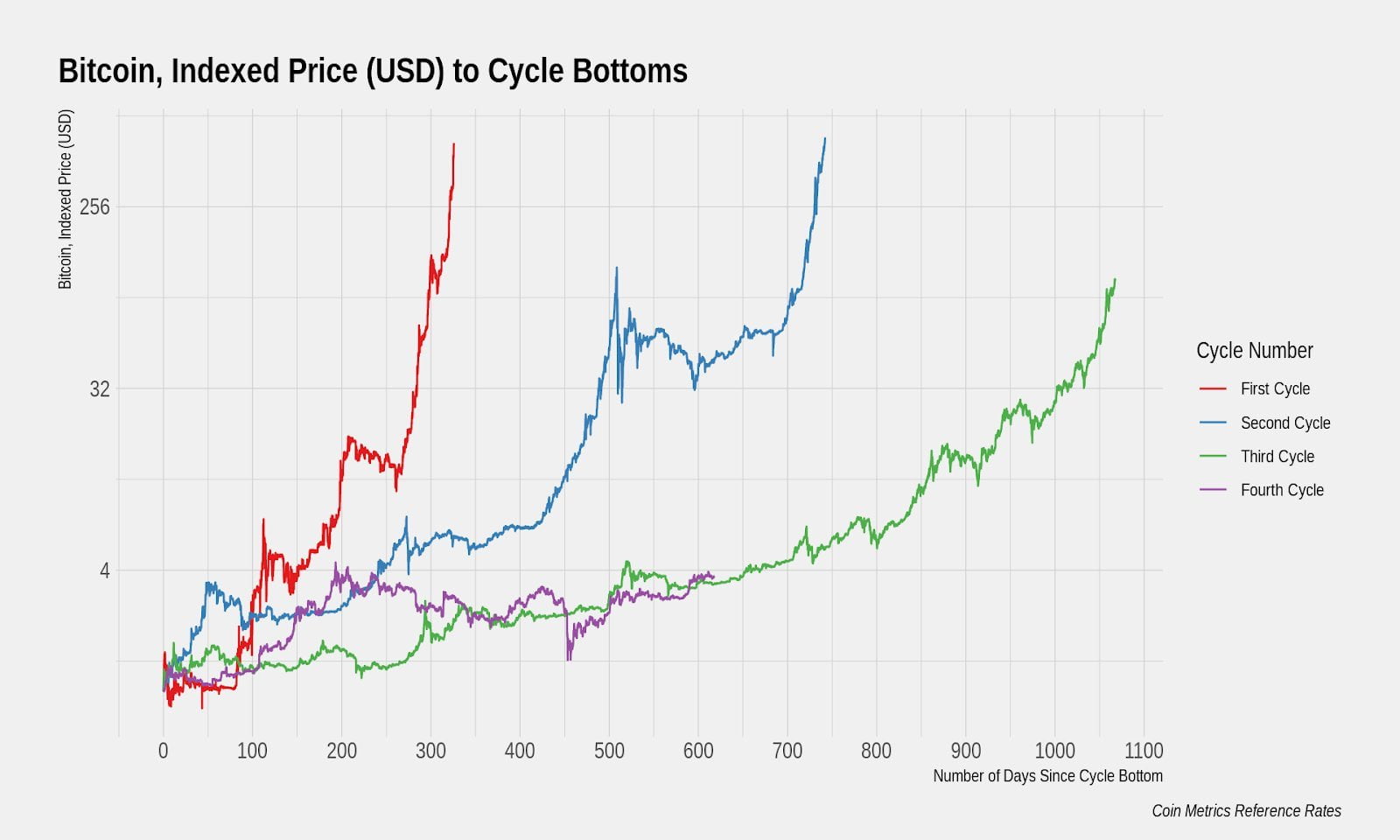 According to experts, if BTC manages to maintain its range without experiencing major drops, it could have 2 returns. The first of these; If Bitcoin is able to maintain its band without much fluctuation, it could lay a solid foundation for the next bull run, as it was between 2016 and 2017. Secondly, thanks to the BTC chart that has remained stable, altcoins can manage to break new records.

It is important to stay above $ 10k and to rise slowly

According to market experts, in order for Bitcoin to reach the level of 20 thousand dollars, the graphs that reach up with an unexpected and steep line; It is much more important to take a more stable stance and take firm steps. For example; Traded just above $ 3,500 at the beginning of March, BTC rose by 220% in 6 months, overtaking most traditional investment assets. The fast-paced rallies that Bitcoin displays in this way can enable whales and individual investors with large amounts of BTC to gain huge profits. However, in such periods, huge liquidations in the futures markets can also cause a decrease in the price by affecting the spot market.

However, according to most names, if BTC manages to stay above the $ 10 thousand band and its price can rise slowly; it can catch a more robust, continuous and long-lasting uptrend. According to Dan Tapiero, founder of 10T Holdings, one of these names, the investor should be patient, regardless of the time, as the BTC price will be substantially high. With his tweet, Tapiero emphasized that the investors who implement the HODL action, which is the “take and hold” tactic, will also benefit from this process.

The cycle, which coincided with the halving time in July 2016, completed the bullish rally in December 2017, about 17 months later, bringing the Bitcoin price to an all-time high of $ 20,89. BTC, which experienced the 2020 halving event in May, could show a strong rise towards the end of 2021, if it can follow a similar path to that in 2016 in this cycle.

According to Cointelegraph’s report, this prediction, supported by experts, is largely in line with PlanB’s stock flow model (S2F) adapted to BTC. PlanB claims that in the light of the S2F model that it adapted to Bitcoin from traditional markets, the BTC price could rise to $ 100,000.

So What Do Experts Await In The Short Term?

According to the cycle theory, the BTC price, which is likely to set new records at the end of 2021, may show a stable line for the near future. Some traders and commentators with thousands of followers on social media also argue that Bitcoin will show a solid but stable performance for a while. In addition, analysts who set new bullish targets rather than the stability picture share their opinions.

The @CryptoCapo_ account, which has close to 20 thousand followers on social media, talked about its predictions for BTC with the table published in June, right after the 2020 halving event. The analyst, who said that the new target is 12 – 14 thousand dollars with the BTC price exceeding the level of 10,500 dollars, the analyst predicts that Bitcoin, which managed to exceed $ 14,000, could continue to rise and exceed $ 20,000.

Blockroots.com founder and analyst Josh Rager asked his followers, “Do you expect a rise or fall in the case of Bitcoin in the short term” with a survey on his social media account. In the survey conducted by the analyst, 2438 votes were cast and although there was not a big difference between the results, the winner of the poll was the expected uptrend of $ 11,800 and above with a rate of 56.6%.