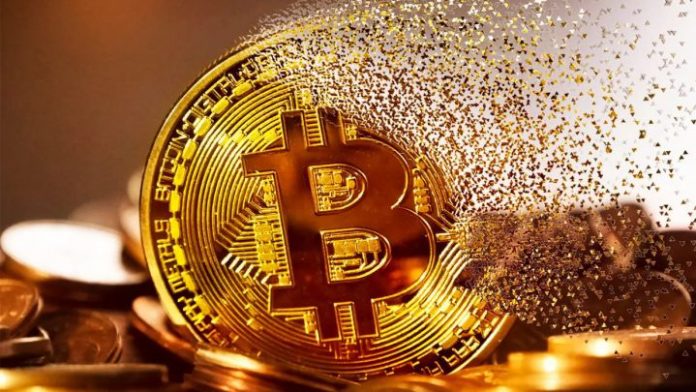 Bitcoin: Digital currency or digital money on the Internet is a medium of exchange other than real money that has properties similar to physical currencies and allows instant transactions and transfer of property without borders. And they are known as “decentralized digital currencies” because there is no central point that controls the money supply.

The volatility of cryptocurrencies

To get an idea of ​​their concept, since they are not centralized if value fluctuates too much. For example:

And that volatility became apparent again at the beginning of the year, because once again Bitcoin was collapsing in its price. If just after February 16 it skimmed the sky reaching a record high of 58,332 dollars per Bitcoin (48,700 euros), in the following days it began its decline, falling by around 20% in just 48 hours, which made 1 bitcoin pass worth $ 47,000 (€ 38,701).

Get up again, get down again

Last week, Tesla reversed its policy of being able to acquire its electric vehicles with payment in cryptocurrencies, and Elon Musk himself pointed this out, arguing that the process of mining cryptocurrency is affecting the pollution and the carbon footprint that we are leaving. In other words: It is not good for the environment that you pay for a Tesla with Bitcoin.

To add more gasoline to the fire, last weekend the information emerged that Tesla itself was going to sell part of its assets of 1.5 billion in Bitcoin, a fact that Musk first played to confirm it and then to deny it. This lack of reliable information is what seems to be driving the average price of Bitcoin crazy, causing enormous financial instability in the face of Tesla’s decision of yes or no.

For those who think that as a ‘simple’ comment can cause all this fluctuation, we are talking about Musk, one of the billionaire entrepreneurs of the moment, someone with a lot of power of influence and also with mega-companies like Tesla, SpaceX, etc. As we can see, he only needs to publish a message to unbalance the prices of cryptocurrencies, because even others like Ethereum and Dogecoin are falling.