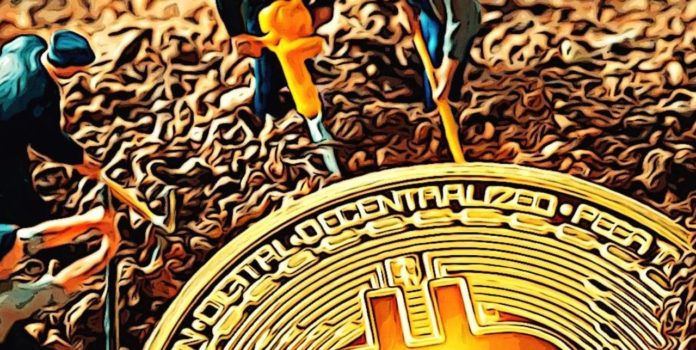 Bitcoin price was over $ 9000 a month ago. Bitcoin price, which started to decline rapidly since March 12, has now declined below $ 6000.

This drop in bitcoin price affected not only investors but also miners. The miners who earned money with Bitcoins, which they received as a reward from the blocks they won, could not earn as much income as before because of this drop in price.

Hash Rate Dropped
It means that miners are not able to earn as much income as before, after a point they become unable to afford their own expenses. In the past few weeks, many miners have had to stop mining devices to avoid further damage. This caused the hash rate to drop rapidly.

Bitcoin miners today have to use devices as powerful as possible to stay ahead of their competitors. That’s why miners prefer devices like the Antminer S9. These devices are extremely effective, but they use a lot of electricity. In other words, in order for miners to use these devices regularly, the price of Bitcoin must be constantly above a certain level.

Miners are no longer able to use high-end devices like the Antminer S9 because of the recent decline. According to the report by Securities Daily, miners in China have started to fail to cover the cost of these devices with the price of Bitcoin falling and many miners had to stop the devices.

“According to the data collected by F2pool, approximately 2.3 million S9 devices were stopped between March 10 and March 22.”

Large mining companies can turn to devices that use less electricity, such as S17, and remain active in some way. However, if the price of Bitcoin stays at these levels for a while, many small-to-medium miners seem to quit.