Master cryptocurrency analyst PlanB said that with his new analysis for Bitcoin, the price of Bitcoin will never fall below $ 6,700. This Bitcoin analysis by PlanB was based on 200-week moving average data.

Stating that the bitcoin price has not dropped below the 200-week moving average since 2009, PlanB said that this level is currently $ 6,700. If Bitcoin, which has never broke this trend until now, continues this tradition, the price will never fall below $ 6,700. 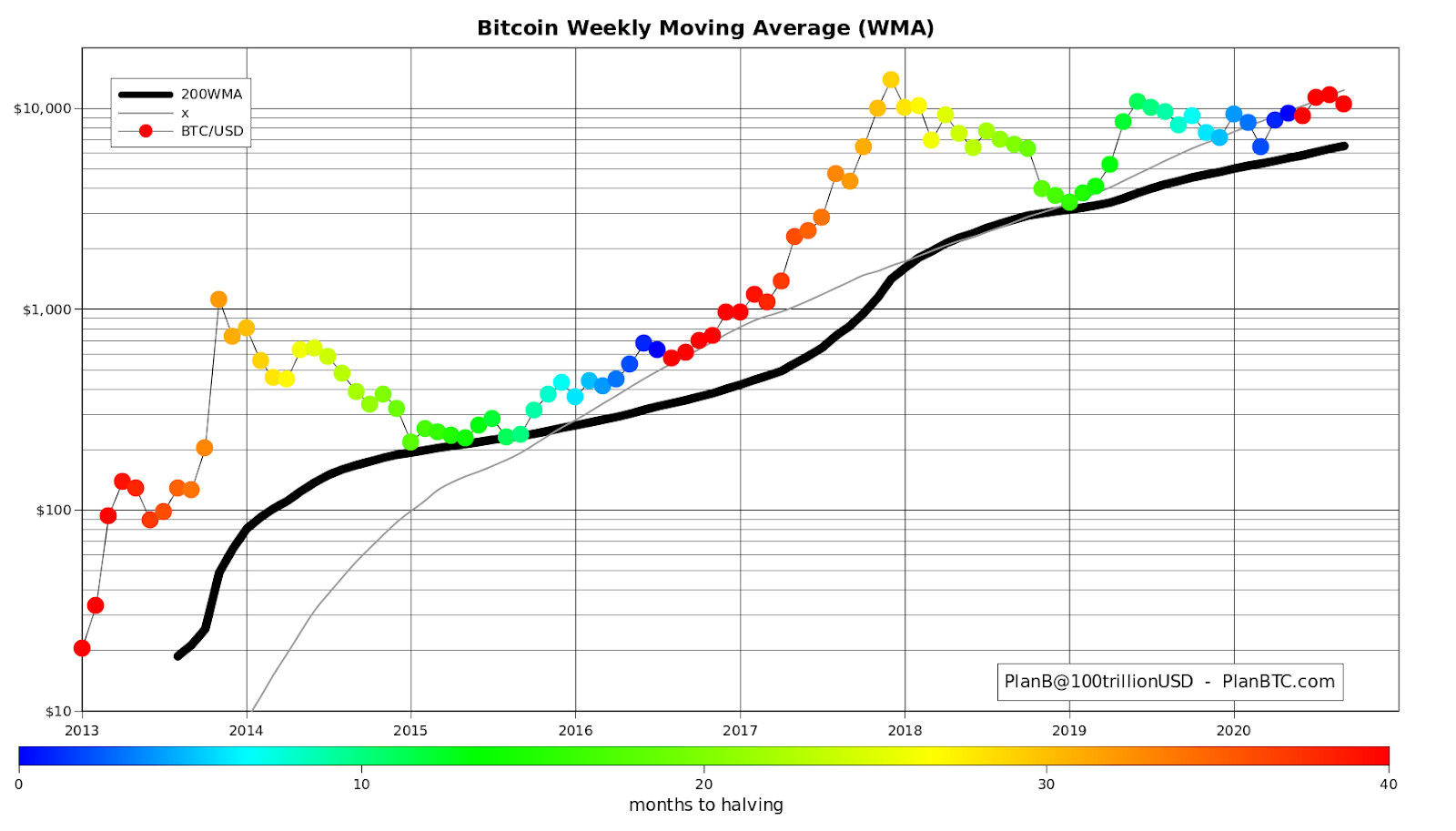 Keeps Up Hopes For Bitcoin

PlanB is known for its stock flow model developed for Bitcoin. In this model, PlanB, based on the production speed of Bitcoin and the demand for Bitcoin, makes a record forecast for the BTC price. Long-term Bitcoin analysis of the famous name suggests that the price could rise to hundreds of thousands of dollars.

Emphasizing the importance of halving cycles while preparing the stock flow model, PlanB thinks that the effects of this year’s halving will be felt in the next few years. That’s why he thinks that the Bitcoin price can be $ 100,000 by the end of 2021.

There is Fear of a Fall in the Short Term

Although Bitcoin analysts keep their hopes in the long run, they fear a possible drop in the short term. Data from Chainalysis show that the amount of Bitcoin held in exchanges is rapidly increasing and a selling pressure on BTC has begun.

Analyst Berk Tavşan warned investors against a sudden breakdown with the Bitcoin analysis shared today. Rabbit, who said that there is “flag formation” in Bitcoin, pointed to 10 thousand dollars below and suggested to be careful with investors positioned on the buying side.

What does your horoscope say for today

BTS would act like this if they were your friends

Bitcoin Whales Not Seen Since 2018 Rise To The Surface

Another Institutional Investment in Bitcoin: Will It Impact?