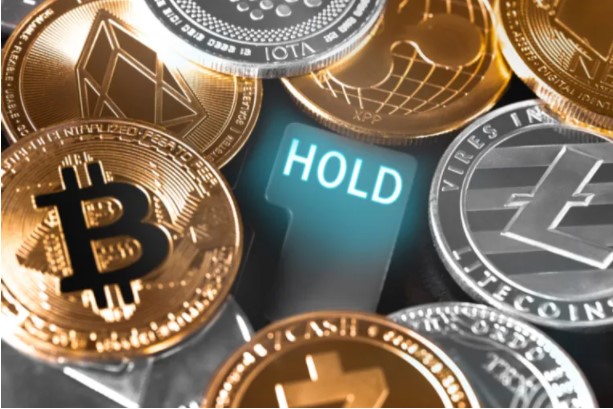 As Somagnews, in this article, we include analyst Filip L.’s predictions about the three major cryptocurrencies, Bitcoin, Ethereum and Ripple. The sentiment seems to be changing in the crypto markets as the US tries to regulate cryptocurrencies. We will also include analyst Jonthan Morgan’s Decentraland (MANA) forecasts. Bitcoin price sees gains dwindle slightly as regulatory pressure comes from the US on cryptocurrencies. ETH and XRP also seem to follow BTC in the same way.

These levels in BTC and for MANA

Fed chairman Powell fueled the fire by saying he would welcome more regulation to better monitor and control cryptocurrencies. Bitcoin bulls were rejected at $44,088, risking a drop to $42,000. The Bitcoin (BTC) price has seen new cash inflows as both Russians and Ukrainians seek alternative payment methods. With Bitcoin poised for another rise, Powell has created some headwinds, calling for more regulatory pressure. With this renewed negative interest in cryptocurrencies, investors are quick to take profits, pushing the BTC price action downwards in the process.

BTC price saw initial rejection at $45,261, a level that coincided with the 17th December low, thus triggering some profit taking. As profit taking continues, the bulls are facing another rejection at $44,088, a level that goes back to August 06. A breakthrough could happen at any moment as more talks continue. If that happens, it means that the bears will fail in their attempt to squeeze the bulls in and stop themselves once the price pierces the higher $44,088 level. This move will accelerate with a rapid rally to $48,760, after pulling back to $45,261, and from there, it will position Bitcoin to push it above $50,000 next week, according to Filip L.

Next levels in ETH

Ethereum bulls defend the 55-day SMA, but support is weakening. Ethereum (ETH) price is taking another step back today after more negative connotations from Fed Chairman Powell in the previous session in Congress. In addition to committing to further rate hikes, Powell also delved deep into cryptocurrencies, describing them as a risk that should be prioritized with regulation. For now, ETH sees the bulls defending the 55-day Simple Moving Average (SMA) at $2,880. While holding it for now looks good, the 55-day SMA in the past has not built a solid reputation for credibility.

In the US, Powell’s approach will likely push ETH price below the 55-day SMA at $2,880, via the monthly pivot at $2,835 to a possible end point near $2,695. This means a broad stream of flows in the coming days, with ETH price action breaking above $3,018 and breaking the double top of Tuesday and Wednesday in the process. On the upside, it could see $3,391 for a test as the entry will outweigh any bearish attempts by shorts.

Ripple’s (XRP) price is under downward pressure as the bears make an effort to break the new monthly pivot at $0.76. The bears are getting help from the other side of the asset pair, with the strength of the dollar influencing price action for two days in a row. This results in a lower move, outpacing XRP’s valuation. Expect XRP price to see accelerated movement once the $0.76 monthly pivot takes its place, says the analyst. With not much on the way, a drop to $0.70 and $0.68 to $0.62 is open as possible breakout points where the bears can take some profits and the bulls can see attempts to stop the pullback.

But the trio of negative comments from both Biden and Powell coupled with the safe-haven offer is too great a force to endure. This makes $0.62 almost inevitable in the coming hours or trading days. The only event that could reverse this was when a catalyst removed the safe-haven offer. This could come with the resolution of the current tension in Ukraine or the surrender of some kind of Russian army. With such an outcome, the safe-haven bid will evaporate, followed by a large risk-free flow as XRP climbs above $0.78 and rallies to $0.88, taking $0.84 on the upside.

What awaits the MANA price?

Decentraland continues to consolidate, MANA must surpass $3 to avoid further downside pressure. Decentraland price was relatively unchanged from Monday’s analysis. MANA consolidation within the Ichimoku Cloud continues but could quickly turn into a downtrend. Bear warning signs begin to develop as the bulls fail to collect Decentraland. Decentraland price continues to hold most of Monday’s gains. The bulls continue to hope that enough momentum is available to turn MANA into a significant bullish burst on the Ichimoku Cloud. According to the analyst, MAN price is heading towards a breaking point; The probability of gaining control is increasing.

Women in the NFT Ecosystem and NFT Collections Managed by Women!