Although Bitcoin did not show the expected bounce, it had never been above $ 10K for so long since its record uptrend in 2017. Experts say that the market dominance for Bitcoin, which has not dropped below $ 11,000 for weeks, is in the bulls.

Bitcoin (BTC), which gradually recovered after the fall in March, displayed a stable graph in the May-June period and showed a resistance around $ 9,000. BTC, which took off from mid-July, managed to increase its value to about $ 12,300. Although the leading coin has dropped by 5% in the last week, it is currently trading at $ 11,600.

If the BTC price rises by approximately 17%, it will have surpassed the highest it saw last year and made its best monthly close of all time. If the scenario does not look as favorable as desired and ends August at around $ 12,000, this time it will exhibit the second best closing in history. Both endings are showing bullish signals for Bitcoin.

The account known as Pentoshi on Twitter, referring to the possibility of BTC’s monthly closing record, addressed its followers with the message “Come on, let’s end this month with a bang” and shared its monthly closing graph. 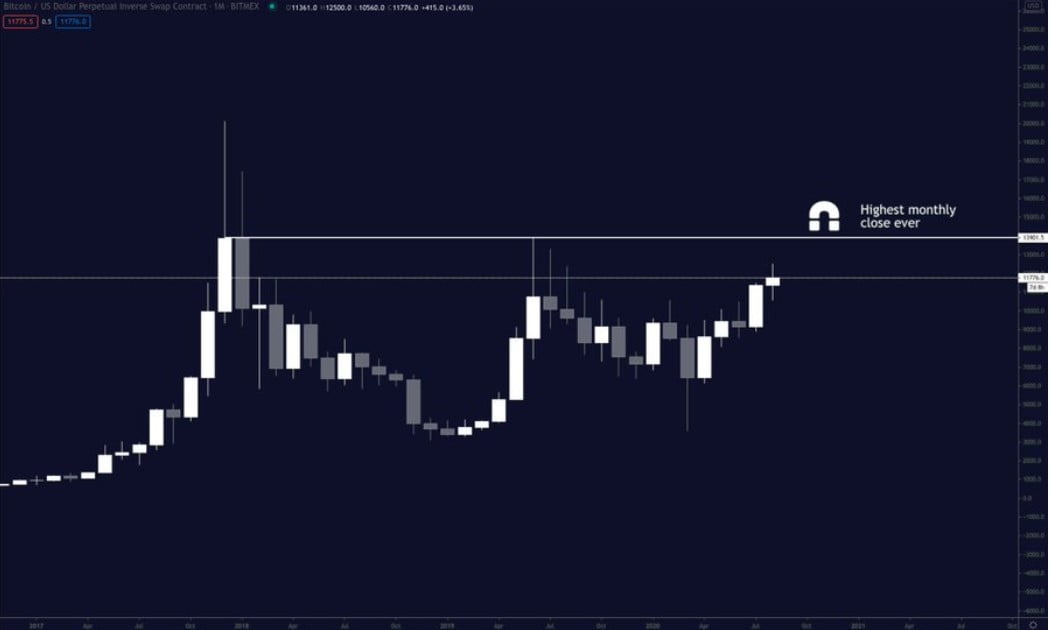 Many experts argue that if it can exit the specified support areas, the rise of Bitcoin can continue. Michael van de Poppe, known as Crypto Michaêl on social media, is one of them; The analyst argues that the uptrend for BTC can continue if it can maintain a further area of ​​11,400 – 11,600.

Some people such as Raoul Pal, macro economist and former head of the European hedge fund sales division, Goldman Sachs, are constantly saying that Bitcoin has performed better than ever this year and that investors should turn to Bitcoin.

Bloomberg Intelligence’s senior analyst Mike McGlone is also on the very optimistic side for the Bitcoin front. McGlone believes that with a few macro-trends, Bitcoin will rise and even suggest that it could reach the $ 20,000 level again.

The Boys season 2: the next episodes of the series