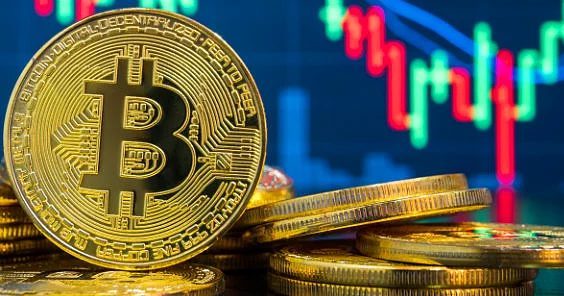 Bitcoin, the world’s most traded cryptocurrency, is on the rise again. The digital currency, which dominates more than 60 percent of the market with a market value of $ 908 billion, is pushing the $ 50,000 threshold.

Bitcoin continues to be the subject of our news with its sudden rises and falls. The crypto currency, which made its investors smile with its recent graphic, was surprised by the records it broke. Bitcoin, which quadrupled its price in 2020, broke the record of 42 thousand last January and then 47 thousand.

Bitcoin, the cryptocurrency, which has gained close to 3 percent in the last 24 hours, has reached up to 49 thousand 125 dollars. The crypto currency, which has a market volume of more than $ 908 billion, holds 60.4 percent of the market. The total value of bitcoin exceeded $ 1 trillion for the first time on January 7.

According to CoinMarketCap data, Bitcoin has gained more than 25 percent in the last week. The transaction volume of the popular crypto currency in the last 24 hours is around $ 78 million.

Bitcoin experienced a record increase after the electric car manufacturer Tesla announced that it would make a $ 1.5 billion purchase.

Michael Novogratz, founder of crypto investment company Galaxy Digital, said that after the Tesla investment, Bitcoin could reach $ 100,000 by the end of the year.

The crypto currency Bitcoin is being traded at $ 48,712 at the time of this article.