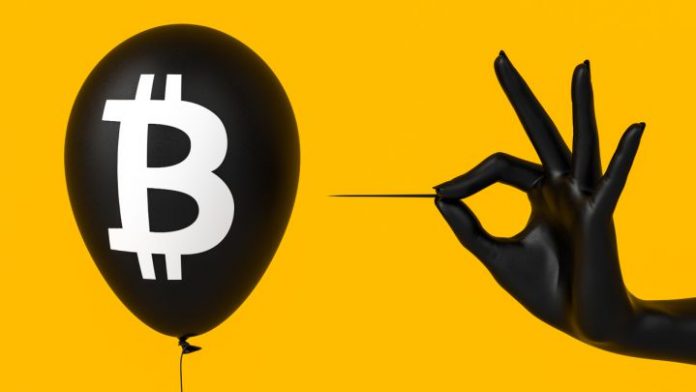 Digital currency or digital money on the Internet is a medium of exchange other than real money that has properties similar to physical currencies and allows instant transactions and transfer of property without borders. And they are known as “decentralized digital currencies” because there is no central point that controls the money supply.

The volatility of cryptocurrencies

To get an idea of ​​their concept, since they are not centralized, if value fluctuates too much. For example:

And that volatility becomes manifest again, because once again the Bitcoin collapses in its price. If just after February 16 it skimmed the sky reaching a historical maximum of $ 58,332 per Bitcoin (48,700 euros), in the following days it began its decline, falling by around 20% in just 48 hours, which has made 1 bitcoin it will be worth $ 47,000 (€ 38,701). And while it’s still a huge amount, this again exemplifies that volatility that all cryptocurrencies are subjected to due to their decentralized nature.

According to Janet Yellen, Secretary of the US Treasury, using cryptocurrencies such as Bitcoin can be a very “inefficient” way to carry out transactions, in a clear response to Elon Musk and his policy of allowing users to pay for their Tesla cars in the future. using cryptocurrencies. Bill Gates, co-founder of Microsoft, is not a fan of bitcoin or of the current fever for the currency, commenting that the speculative manias of this currency can drag with them retail investors who in these months are betting everything on the digital currency.

The causes of the fall: even Musk doubts

Why is bitcoin suddenly falling again when it seemed unstoppable? Experts point to several, such as doubts about the rebound at the end of 2020, massive profits and investors’ nervousness about the possible reduction of easy money policies by central banks once the world begins to recover economically from the effects of the pandemic caused by Covid-19, are among them.

In fact even Musk, who contributed to this latest massive bitcoin surge, now seems to doubt the numbers the cryptocurrency has reached as well. The question among the investment community is whether the fall in bitcoin of these last two days is going to stop, or will continue. For this reason, many are choosing to reap the benefits that cryptocurrency gives right now before it falls further. And on the stock market, when everyone sells, it causes the value of that product to fall.

Will we see bitcoin rebound this week? Or will it continue to lower its price even more?

US Will Not Extend Trade License for Huawei