After the Bitcoin (BTC) price exceeded $ 17,000 yesterday and reached the highest number in terms of market value yesterday, it has surpassed the $ 18,000 barrier today. Investors wondering whether Bitcoin will break the price record in 2017 started to get hoped with this development. Meanwhile, some analysts warned of a sudden drop in the market.

Bitcoin price runs towards the record

Bitcoin price, which was $ 20,000 in December 2017, has never reached the level of $ 20,000 since then. After this three-year wait, BTC has started to push these levels again. In a tweet this morning, analyst Josh Rager summed up what happened in the past few days: “How hard it is to believe that Bitcoin was $ 3,000 eight months ago.”

Bitcoin’s market capitalization exceeded $ 328 billion last night, already reaching an all-time high. According to CoinGecko data, the market value of BTC has now exceeded $ 338 billion and has started to test the level of $ 340 billion.

If the Bitcoin price rises by 11 percent, the price record in December 2017 will be equal and 20 thousand dollars will be seen again in the BTC / USD parity.

IS Investment International Markets Manager Şant Manukyan emphasized the importance of overcoming the $ 17,000 barrier in his evaluations on BTC yesterday. Mentioning that the gold investor started to move towards Bitcoin, Manukyan explained that a new record could come to the fore if this obstacle is eroded.

Cryptocurrency analysts hope that Bitcoin’s performance over the past few weeks will continue. Making a comparison between the bull rally between 2017 and 2020, analysts emphasize that the FOMO process has not even started yet. Because while Bitcoin was rising rapidly in 2017, searches for Bitcoin on Google were also running to a record. Bitcoin is now thought to be in a much more ‘calm’ and balanced bull rally. 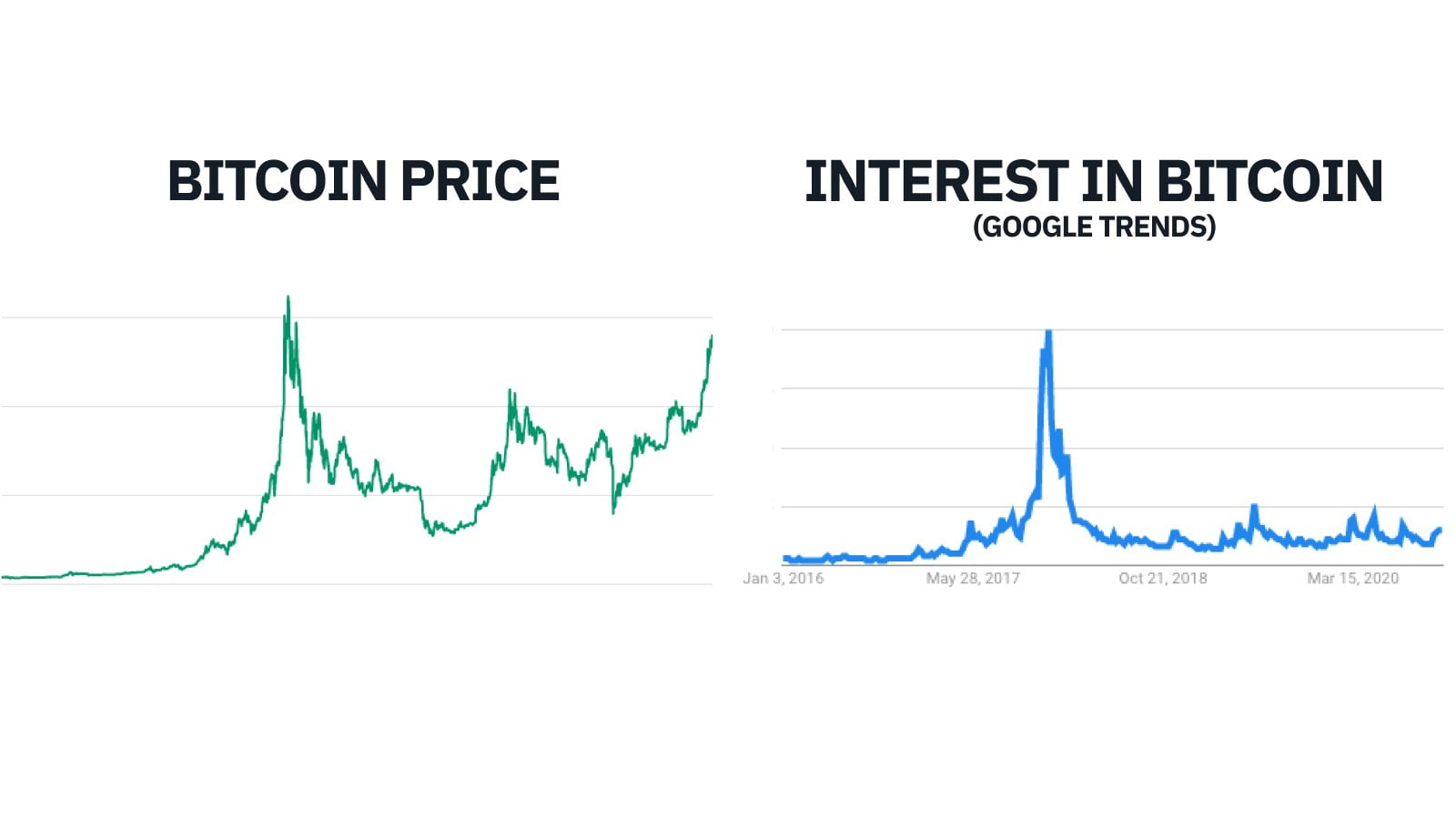 Meltem Demirörs, one of CoinShares executives, is of the opinion that this rally will continue in the coming days. He thinks that the Bitcoin price could be $ 20,000 by the end of November. But some experts have started to warn investors in the medium term.

Lasse Clausen, founder of the 1kx Network, said in a tweet early morning that this bull rally was fueled by miners in China. According to his claims, the miners began to be unable to sell as the Chinese state began to shut down OTC platforms that miners in the country normally use to sell. Clausen thinks that miners will start to find alternative methods over time and that there will be a huge selling pressure on Bitcoin. This could result in the BTC price falling sharply. 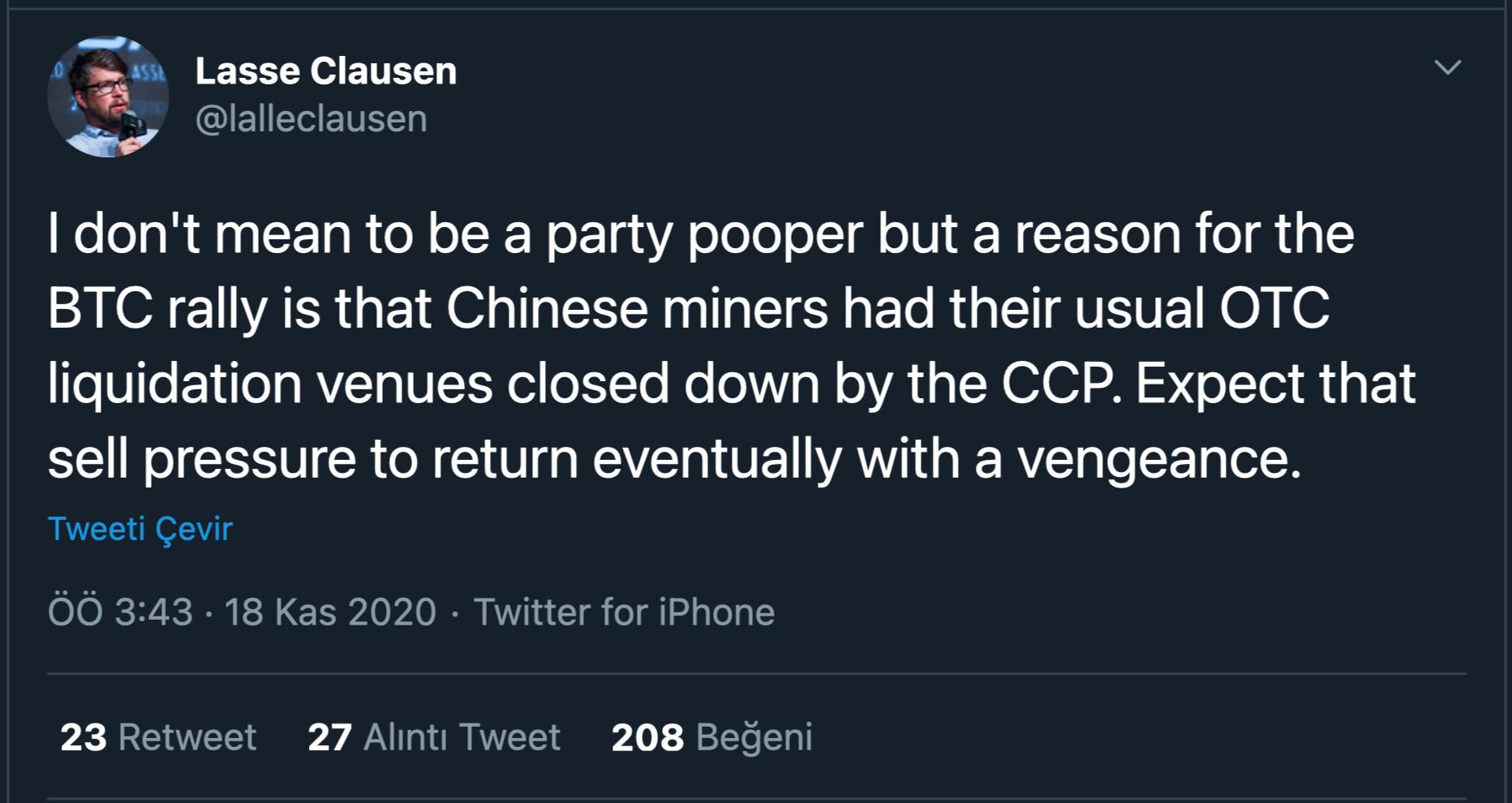 Beyonce: her daughter Blue Ivy wins an award for writing her...

World Health Organization Announces that Cats Can Also Be Infected From...

Patent Showing Apple Watch To Get A Modular Design

This DeFi Coin Has Seriously Boosted In The Last Week