Home Crypto Bitcoin, ETH and XRP Dropped With This Statement: Here are the Details! 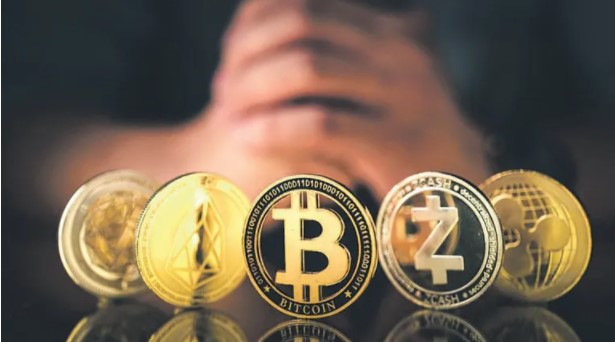 Russian President Vladimir Putin plans to recognize the independence of two separatist regions in eastern Ukraine, the Kremlin said in a statement today evening. “In the near future, the President plans to sign the order,” the statement said. Since the statement meant the escalation of the Ukrainian tension, Bitcoin and altcoins that were trying to recover had a negative impact, and the crypto market started to lose altitude again.

Stating that Russian President Vladimir Putin will soon sign a decree recognizing the two separatist regions in eastern Ukraine as independent units, the Kremlin raised the stakes in a crisis that the West fears could spark a war.

The Kremlin said in a statement that Putin announced his decision in phone conversations with the leaders of Germany and France, who expressed disappointment. Recognition of rebel-held areas could provide an excuse for Russian troops to cross the border into these areas. It will also narrow diplomatic options for avoiding war, as there is an outright rejection of a seven-year truce mediated by France and Germany and touted as the framework for future negotiations on the wider crisis.

As we covered in Somanews news, the crypto market is also negatively affected as the tension around Ukraine accelerates risk aversion in the markets. Diplomatic work carried out in recent days gave some hope to the markets with the expectations that the tension would subside and there would be no hot conflicts, and altcoins, including Bitcoin, started to recover a little in an environment of indecision.

However, recent developments do not look encouraging. Russian President Vladimir Putin plans to recognize the independence of two separatist regions in eastern Ukraine, the Kremlin said in a statement. This indicates that the tension will increase, including hot conflicts. Many altcoin projects, including the leading crypto Bitcoin (BTC), the leading altcoin Ethereum (ETH), Ripple (XRP), which received this mark, turned off the green lights and turned on the red.

Right now, all eyes are on the statements made by Vladimir Putin in the Kremlin. The fact that the speech includes more harsh interventions and the response of NATO under the leadership of the USA will determine the dose of tension. This will show whether the markets will flee from risk to safe havens or will lead to a re-opening of risk appetite.