Home Crypto Bitcoin Dropped With This Order! Here’s What 5 Giant Names Are Saying 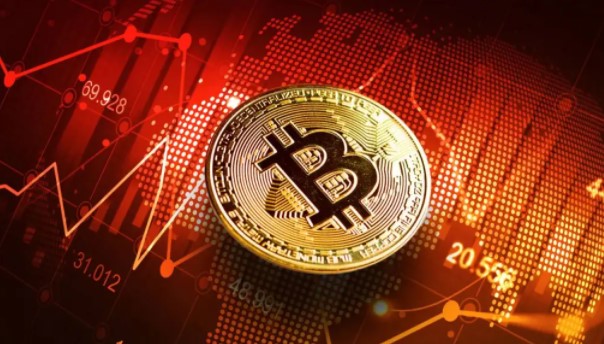 Bitcoin bottomed out as Russia invaded Ukraine. Afterwards, it quickly recovered due to weak Western sanctions. However, the developments experienced today caused the leading crypto to sag again.

Statements of famous names about Bitcoin in the war environment

Russian forces attacked Ukraine from various directions on Thursday and launched a large-scale invasion that has been preparing for days. With the invasion, the market collapsed under the leadership of Bitcoin. After the weak reaction of the USA and the EU, the market recovered at the same pace. But yesterday, the color changed and the West took very radical decisions, including removing Russia from the SWIFT system and military aid.

Today, however, there were hot developments on the war front. Russian President Vladimir Putin has ordered the military, including nuclear deterrence forces, to put the military on high alert. And with this order, Bitcoin’s rise was reversed and the leading crypto slipped down. On the other hand, the news that the parties were going to hold talks between Ukraine and Belarus eased the atmosphere a bit.

What should BTC be doing here? On the one hand, if the world became more uninhabitable, people would have less money. Basically, you buy BTC, stocks, etc. to pay for the war. Sold with. On the other hand, this is probably destabilizing for Eastern European currencies. And more generally, for Eastern European financial systems. This means they may be looking for alternatives. If you were in Ukraine right now, where would you trust for your money?

So right now there are arguments both ways about what should happen to BTC. I’m not so sure I predicted it would go down based on the fundamentals. There is a push and pull where fundamental traders buy and algorithmic traders sell; To be clear, BTC ends half-way down 8% on the day. But I also think we’re probably on a newer regimen than we’ve been in the past year and a half. We’ll have to see how things go here.

People often say that I shouldn’t get into politics. I keep reminding people of who we are as an industry, because our struggle is not about a particular token having a higher price than another. Our struggle is ultimately a struggle for freedom and freedom. To give people the power to be their own institution, to be their own bank. Anyway, to verify what could not be verified before.

“Bitcoin is a lousy tool for criminals, but an excellent tool for charity and donations,” tweeted Scot Melker as Bitcoin donations to the Ukrainian military increase.

The United States should start thinking about what it will do in a world where most of the world does not use the US dollar as its reserve currency. The hypothetical situation will make Russia and China, which have long announced their intention to exit the US dollar system, decide that the costs of using the current global reserve currency are too high.

This incentive leads these superpowers to realize that Bitcoin will be essential for decades to come. Countries with a large ownership stake will have a significant advantage as well as conducting mining and other pro-Bitcoin activities in their home country.