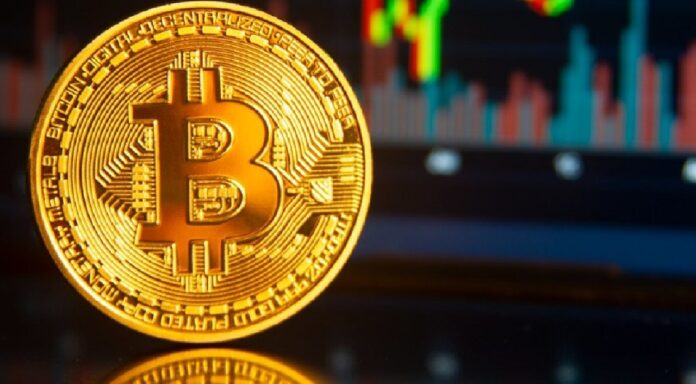 Expressing the ratio of the Bitcoin market value to the overall value of the crypto money market, Bitcoin dominance (BTC.D) reached its highest value in the last 1 year, exceeding 70 according to the latest data. While analysts attribute this rise to the decline in XRP in general, “Is Altcoin season coming to mind?” The question also came. Experts gave positive comments for the altseason.

Bitcoin dominance is one of the important indicators used by analysts to determine the direction of the market. Recently, the SEC’s lawsuit against Ripple and the decline of over 50% in XRP has been an important factor in increasing Bitcoin dominance, according to analysts. Commenting on the subject by sharing a graphic, Willy Woo said on Twitter:

“Bitcoin dominance is rising parabolically with the hard crash seen in XRP and it is driving many altcoins with it.”

Another name that commented on the decline in XRP was Andy Hoffman. Hoffman stated that the pandemic acted as a catalyst for Bitcoin, now that XRP plays a major role in BTC dominance.

There are positive expectations for the first quarter of 2021

Cryptocurrency analyst and trader GalaxyTrading commented on the altcoin season, saying that BTC dominance has increased to 70.77%. “I am not saying that Altseason has started, but I can say that we are approaching when we look at the fast and frantic sell-out seen in the ETH / BTC pair. said. 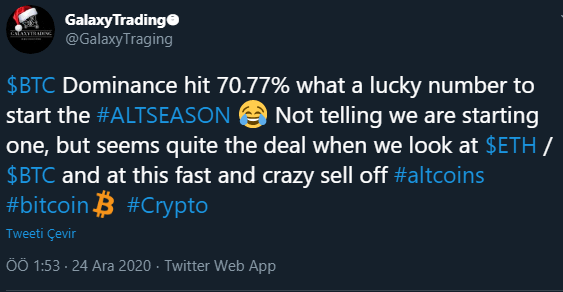 On the evening of December 23, analyst Crypto Michael, who broadcast live on YouTube, shared some of his analysis about altcoins and Bitcoin. The analyst said that BTC dominance has peaked in December for the last 3 years, and altcoins have experienced an increase in the quarter following these peaks.

Another altseason prediction came from Johnny One Punch Man. “I think we will see altcoin season soon,” the trader said, saying that the BTC dominance is over 70 and the RSI indicator is at the overbought level. said.

Bitcoin’s performance in the last 24 hours