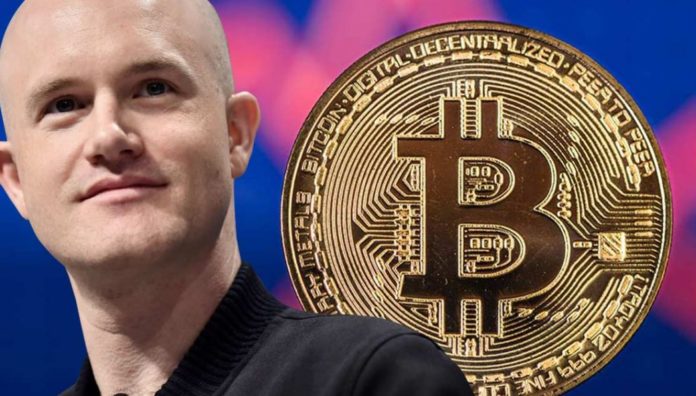 Coinbase CEO Brian Armstrong seems disappointed that he could not see the price response he expected from Bitcoin.

It is also surprising for Brian Armstrong, the biggest cryptocurrency exchange CEO of America, with the 16 percent drop in Bitcoin.

In a post shared on his personal Twitter account, Coinbase CEO Brian Armstrong stated that BTC was doing the opposite of the expected movement in the period when global markets were in turmoil.

“It’s surprising to see the price of Bitcoin drop in such an environment, we would expect the opposite ,” Armstrong said . used expressions.

Before Armstrong, the successful trader John Bollinger stated that he could not predict the last Bitcoin drop, on the contrary, he expected Bitcoin to act as a safe haven in such a period.

Surprised we're seeing the Bitcoin price fall in this environment, would have expected the opposite.

Economist Nouriel Roubini, on the other hand, states that BTC cannot be seen as a risk-off, or “waiting state asset”, due to the fact that it experienced more decline than other assets.

Meanwhile, Bloomberg analyst Joe Weisenthal reiterated the idea that investors intend to liquidate everything to get more cash.

Weisenthal said, “I am not surprised. I even wrote this topic in a few tweets last night. In case of panic, people liquidate their investments and pay the bills they have to pay in fiat currency. ” commented.

Weisenthal also said, “I have never adopted the idea that Bitcoin was a good hiding asset during the decline period. However, once corporate money is involved, you cannot expect him to act independently from the market. Because at that point there is a situation of selling to collect cash. ” used expressions.

Instagram now allows you to view posts with your friends via...

Telemarketing block: how to register cell phone in Do Not Disturb...

Netflix is at its all-time high!

How to delete tweets with TweetEraser

Postal workers decide to keep strike started on the 17th