Bitcoin (BTC), the largest crypto currency, has set a new record with its performance in the last three months. Bitcoin price remained above $ 10,000 for 100 days with the support of the bulls. The BTC price has never been able to hold above the $ 10,000 mark for so long.

The price of Bitcoin (BTC), which fell to $ 3,700 in March 2020, started to rise with the commodity and stock markets after that date. With the beginning of the summer months, Bitcoin, which has become more valuable, has exceeded the $ 10 thousand threshold, which is thought to be a psychological barrier by the end of June. And since then it has managed to stay above this dam.

Although the Bitcoin price tested $ 10,000 at the beginning of June, it failed to hold above this level. But BTC, which went above this point by the end of the month, has remained above $ 10,000 since June 27. 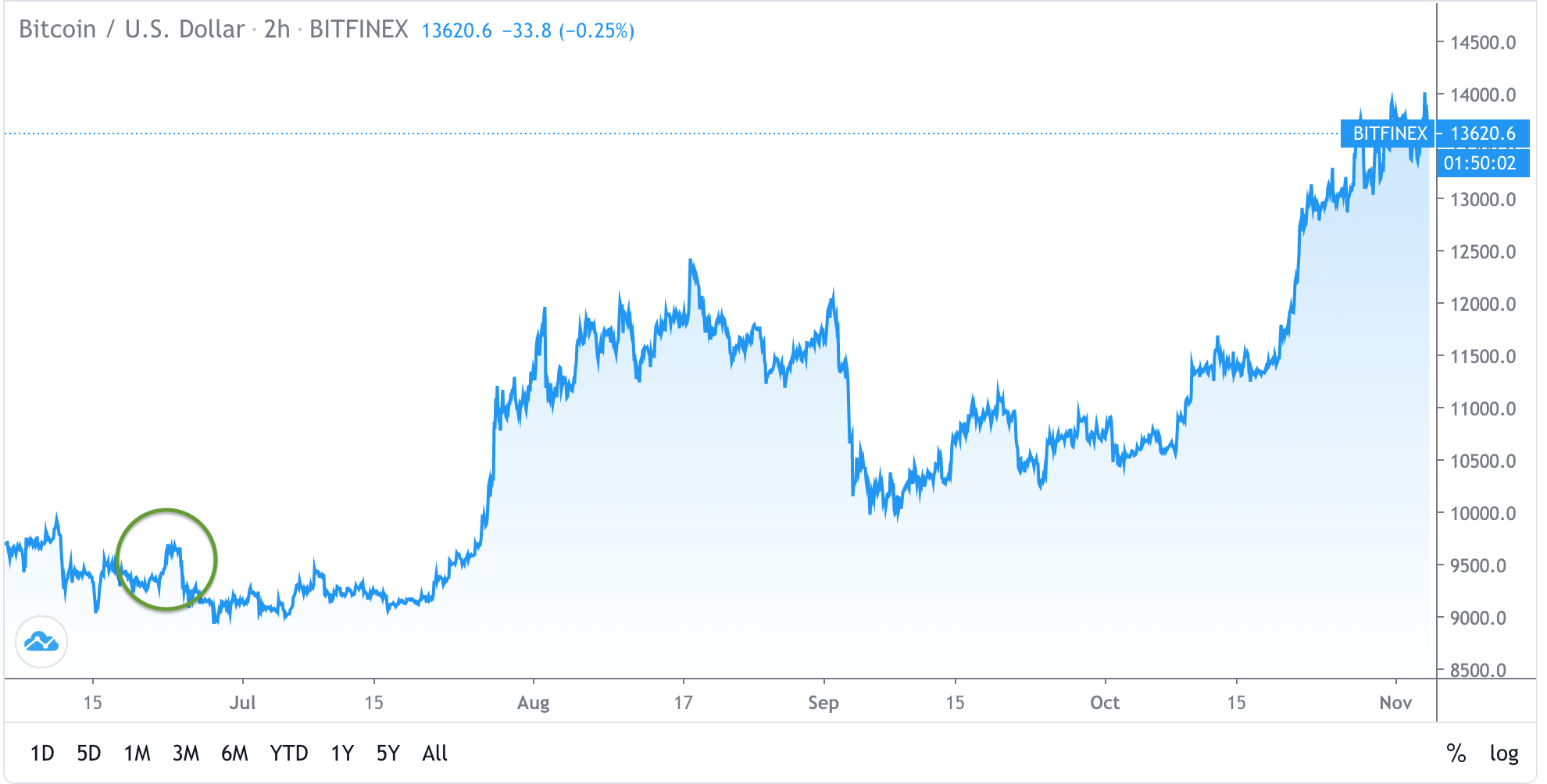 Looking at the current charts, it can be seen that the BTC / USD parity has remained above $ 10 thousand for 100 days. This shows that Bitcoin not only broke a new record, but also broke the record in the bull run in 2017.

General situation in the market

According to CoinGecko data, Bitcoin, which saw $ 14,000 today and thus broke the price record for the last 16 months, is currently trading at $ 13,700. This sudden surge in bitcoin price is thought to be caused by the presidential election in the USA.

Meanwhile, Bitcoin’s market dominance rose from 61 percent to 63 percent and is currently at 63.3 percent. The total value of the crypto money market is $ 400 billion, more than $ 250 billion of it is Bitcoin; the rest is from altcoins.

EXO FANS DEMAND AN APPEAL TO MNET AFTER EXPOSING CHANYEOL

Press Images of Redmi K30i Expected to Be the Cheapest 5G...

They opened an investigation into the tax fraud claim

How Can Coronavirus Affect the Marvel Universe?

Luis Suárez, moved to tears at his farewell