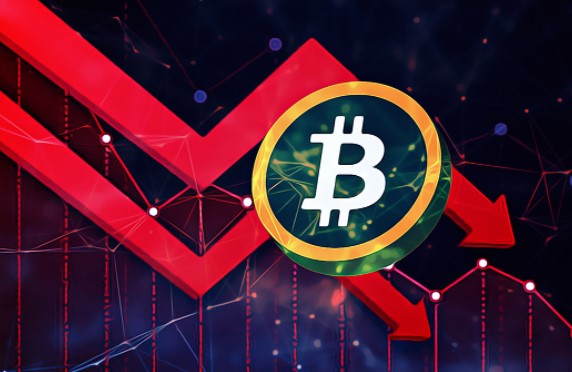 Bitcoin (BTC), which suddenly dropped around $2000 after midnight, worries investors. The price, which shot $40,959 in half an hour, caused many margin investors to lose money in liq. So why is Bitcoin falling?

Why Is Bitcoin Falling?

With Bitcoin’s sharp decline, almost all altcoins turned red. NASDAQ, S&P500 and DOWN close the day with 1% loss. Since the stock markets opened positively, it also affected cryptocurrencies positively, and we started with an increase over the evening. Incoming heavy sales are in line with the closing hours of the stock markets, but it is not known why the decline in all these markets has been triggered yet.

Bitcoin finds buyers at $ 41,200 at the time of writing. It is a matter of curiosity about the development that turned the American stock markets into negative, for now, there is no serious agenda other than the Ukraine and Evergrande crisis. It is certain that there is no development about Evergrande, and there is no up-to-date information on Ukraine about the agencies. The heavy sales may have come not due to a negative development, but simply because of the pressure of the bears trying to lower the price.

Additionally, the FED has released its report on the CBDC. We know that this will not negatively affect the markets. Only one possibility remains. Statements made by the US Treasury Secretary about an hour ago.

So what did Treasury Secretary Yellen say?

“Inflation has risen more than most economists, including myself, expected. It is our hope and intention to reduce inflation to levels consistent with the Fed’s interpretation of price stability. If we are successful in controlling the pandemic, I expect inflation to fall throughout the year and return to normal levels of around 2% by the end of the year. I expect 12-month changes to stay above 2%”.

You can see the latest status of the US stock markets above. Another important factor may be the FED meeting to be held next week. Powell will make important statements on Wednesday evening next week.

On the technical side, we can say that sudden selling pressure started in response to the resistance you have seen above.

With Bitcoin’s sharp decline, almost all altcoins turned negative. Ethereum reached the $3,000 limit again. Bitcoin’s rise that started in the evening was quite short-lived. The price, which reached the level of $ 43,500 during the day, fell back to the region of $ 41,000.

A few months ago, industry leaders made statements that volatility would increase and investors should be careful. Bitcoin, which has been falling for about 11 weeks, has also shown how right these statements are. Investors, especially those who turn to leveraged transactions, should be even more careful in this period and evaluate the stop zones well.

What Will Be the Situation After March Interest Rates?