Bitcoin, which is preparing to enter a new consolidation process, may rise again in light of the whale trend shared by Glassnode. The aforementioned whale trend may whet the appetite of retail investors and this could positively reflect on BTC prices.

Recently, the price of Bitcoin started to rise with the strength it got from the consolidation process that it has shown for over a month. While almost all of the on-chain indicators give signals in favor of the bulls, developments such as the adoption of BTC as a reserve asset by institutional firms also strengthen these signals.

While Bitcoin is currently being traded at $ 11,1010, it is trying to break the $ 11,600 threshold. Meanwhile, a trend seen when looking at whale movements suggests an influx to Bitcoin may soon occur.

Analyst Cole Petersen argued that Bitcoin whales used to describe accounts holding more than 1000 Bitcoins showed a striking trend. According to the analyst, retail investors may enter the market very soon in line with this trend. Analyst Petersen said that if this trend continues, Bitcoins that the investor has held for a long time may surface and revive the cryptocurrency market further.

Petersen’s view is supported by Unfolded, the cryptocurrency news and analysis platform, in the light of the data shared by Glassnode. Unfolded pointed to the decline in the number of Bitcoin whales and pointed out that this decline caused an influx of retail investors to the market. 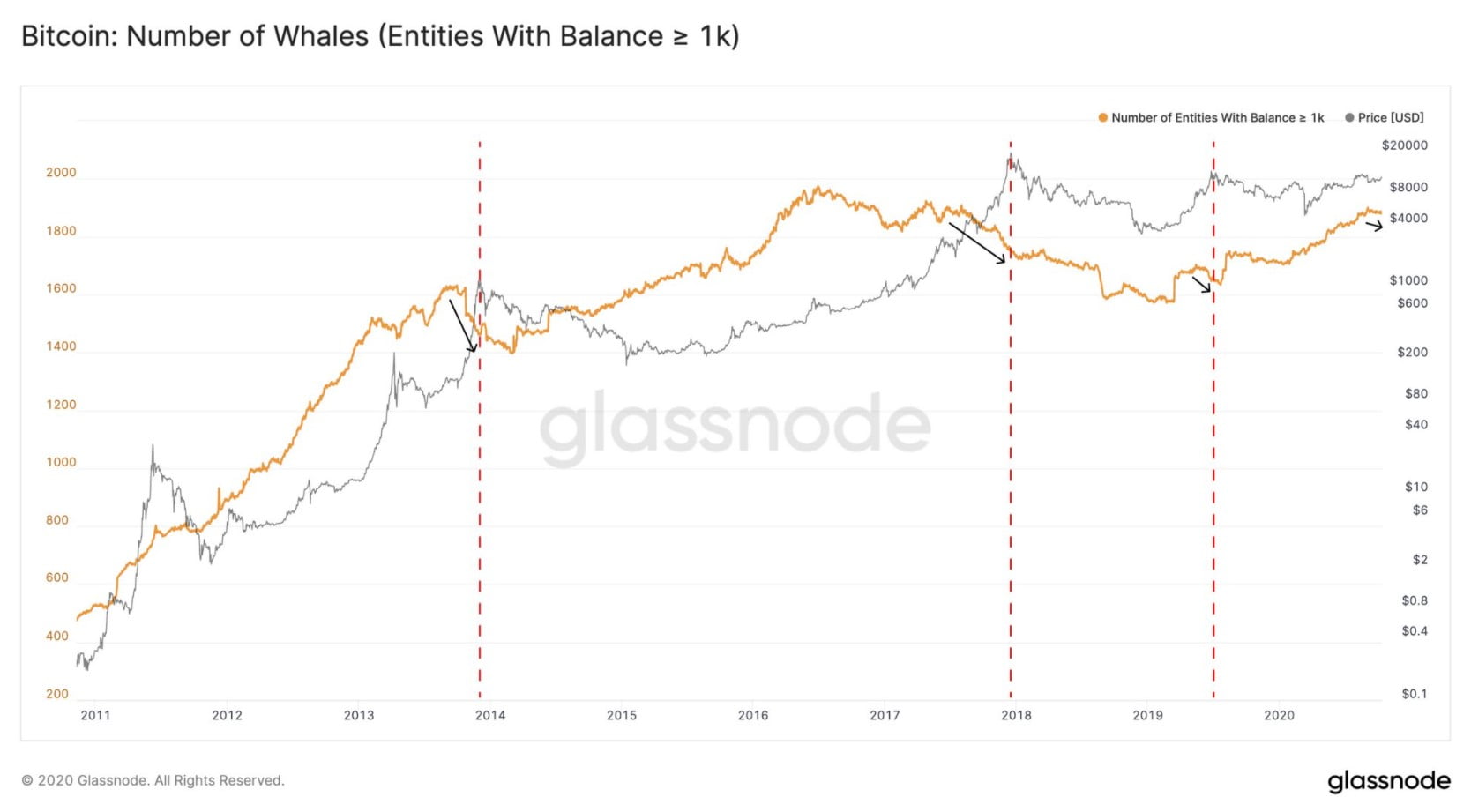 Unfolded commented on the chart seen in the Glassnode chart, saying, “The historical drop in the number of BTC whales is generally an indicator of increased retail investor interest.” The mentioned Bitcoin whale trend can also positively reflect on BTC prices by attracting retail investors to the field.

YouTuber’s Twitch Channel Which Has 10 Million Subscribers Is Banned with...

The first trailer of the Justice League by Zack Snyder