Home Crypto Bitcoin Comments That Will Be Talked About From Elon Musk’s Brother! 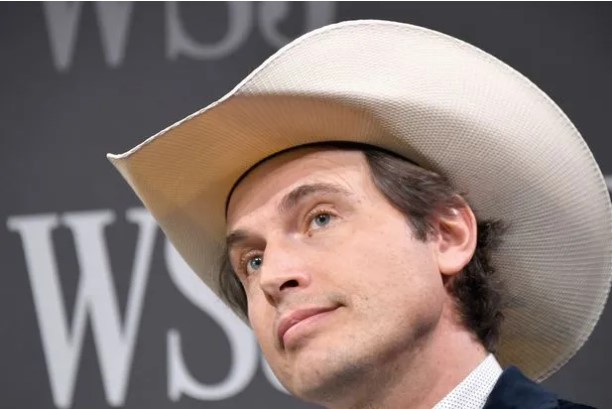 In May of last year, the start of a multi-month bear market was triggered when Tesla CEO Elon Musk announced that the company was suspending Bitcoin (BTC) payments due to environmental issues from mining. Months before this announcement, Musk, who wrote Bitcoin in his Twitter bio and led the crypto rally, triggered the same effect below with a single tweet…

Twitter founder and former CEO Jack Dorsey met with Elon Musk in an online meeting on energy after Tesla’s decision, and Dorsey was on the side of Bitcoin. At this meeting, Elon Musk announced that if Bitcoin mining is based on 50% renewable resources, Tesla will again accept BTC as a payment method.

The latest development on this topic is that Elon Musk’s brother, Kimbal Musk, said that the company was unaware of the environmental damage when it bought $1.5 billion worth of Bitcoin (BTC) last year. At the same time, Kimbal, who has been a member of Tesla’s board of directors since 2004, states that Tesla was unaware of Bitcoin’s impact on the environment at that time:

We were completely ignorant when we decided to invest in Bitcoin. We were completely unaware of the environmental consequences. We had no idea what was going on. Bitcoin seemed like the perfect asset to diversify and a solid store of value.

In addition to the above explanations, Kimbal also shared that Tesla will not sell Bitcoin. Kimbal hopes that Blockchain technology and the industry will move to a more environmentally friendly infrastructure and that the company will not sell BTC in the process. It was also expressed by Kimbal that Tesla would accept Bitcoin again when Elon Musk promised, based on 50% renewable energy.

Tesla added Bitcoin to its list of payment methods in March last year and suspended transactions shortly thereafter. This was a time when European climate organizations brought the high energy consumption of mining to the agenda and intimidated the companies associated with it. Tesla also suspended BTC transactions in a short time, and well-known BTC supporters such as Michael Saylor claimed that the situation did not get that serious.

As a result, Tesla’s Bitcoin acceptance, which has come to the fore again with the statements of Kimbal Musk, will take place when mining is largely provided with renewable energy. In addition, Elon Musk states that Tesla will not sell Bitcoin and that they are considering using the cryptocurrency for payment transactions as soon as mining becomes more viable. Meanwhile, it is known that the bulk of Tesla’s wealth comes from crypto investments.

This Is Us Season 6: Key Family Member Not Returning With...

Data Out: Whales Are Liquidating GALA and These Altcoins!