Home News Bitcoin codes will be preserved in the North Pole for exactly 1000... 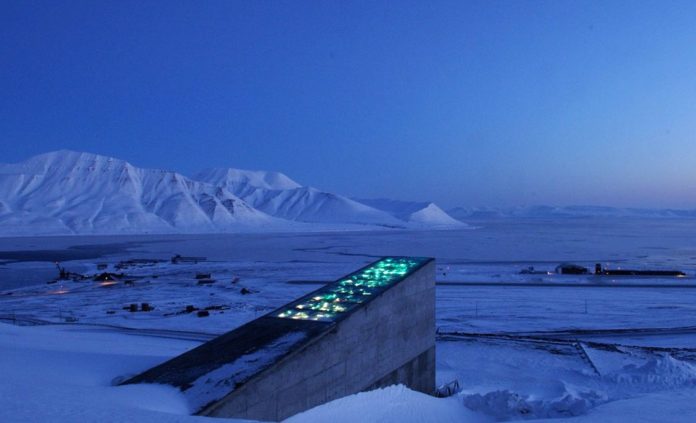 Microsoft’s GitHub Archive Program; With open source projects such as some parts of Linux and Android, it protects Bitcoin codes in a way that will not harm even if the end of the world is coming. The codes preserved in the Arctic World Archive somehow empower the development of civilization.

Resistant to all dangers such as climate changes and natural disasters.

To ensure that open source projects are protected for future generations, the Arctic Archive has been designed to resist climate change, natural disasters and external hazards. Located in a mine that is 104 meters above sea level, completely completed its function and 350 meters below the ground covered with ice, this conservation area is located in one of the northernmost regions in the world in Norway’s archipelago, Svalbard.

The archive room was built in a location where gravity could drain the water out. There are many layers in the mine that make it difficult to access physically.

Can last 1000 years
The Bitcoin (BTC) project takes a snapshot of active repositories on the GitHub site and safely stores them in the North Pole World Archive. The codes are kept in silver-halide films, 8.8 million pixels each. Special film reels, where the codes are stored, can last 1000 years.

GitHub also works with Microsoft’s ‘Project Silica’ to significantly increase the shelf life of stored data. The partnership aims to archive all active public warehouses for more than 10,000 years using a femto-second laser and writing on quartz glass plates.

“A significant amount of information in the world is now stored in temporary media: hard drives, SSDs, CDs that won’t degrade for a few decades, tapes that are thought to be resistant to 30 years of heat and moisture. As with modern computers, some hardware may be much longer lasting, but software may be largely rotten. The GitHub Archive Program points to a longer media protection system against the risk of data loss over time. ”