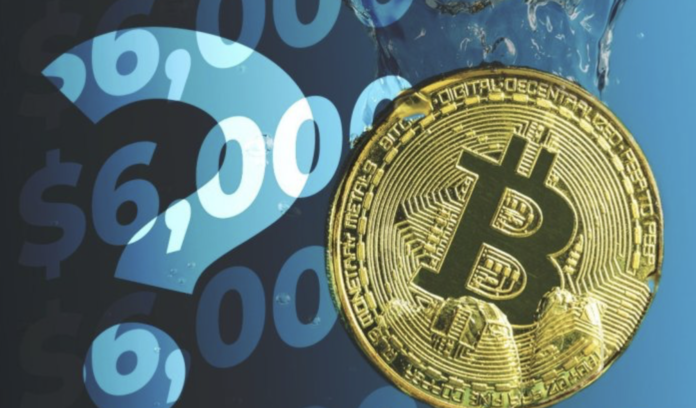 Bitcoin (BTC) price has risen remarkably last week, reaching $ 7,200 and eyes turned to the new support level of $ 7,000. However, this weekend, the leading crypto asset could not hold on and dropped to a level of $ 6,750 for a short time.

When Bitcoin’s movements in the past 10 months are observed, there are graphs similar to the movements experienced when it rose to $ 10,500 level. Bitcoin needs to close the day above $ 7,100 to rise again as it was in the past.

Bitcoin’s weekly time averages seem almost the same as January 14. This is very similar to the week when the leading crypto asset rose from $ 9,000 to $ 10,500. In the past week, bitcoin cash (BCH) had a half-efficiency, and just before the half-time took place, there was a temporary 11% increase in Bitcoin Cash. After the split, BCH suffered a serious decline. The biggest reason for this decline is the use of Bitcoin Cash miners and Bitcoin miners using the same hardware.

A 50% profit drop in Bitcoin Cash led miners to Bitcoin. With more miners entering the Bitcoin network, the difficulty in the network increased, and this is expected to continue until the Bitcoin half. However, of course, the decrease in Bitcoin Cash miners will continue in the upcoming period. Bull Scenario
As we mentioned, it is highly probable that if it closes above $ 7,100, it will show a serious increase during the week. The first resistance level is again $ 7,200, then the leading crypto asset is the $ 7,400 and $ 7,700 resistances. With the effect of the increase in the number of miners, Bitcoin can see the $ 9,200 level until the end of next week.

Bear Scenario
It is quite early to say that the recovery in Bitcoin has started literally, and if the leading crypto asset closes the week under $ 7,100, it is likely that it will see levels of $ 6,750 and then $ 6,500 again. If the decline continues, a retreat to the level of $ 5,000 may occur.