Many people in the crypto community have made predictions over the years that the price of Bitcoin (BTC) will reach $ 1 million. The majority believes this will happen over the next decade. Yes, this prediction does not seem reasonable, but some analysts want to evaluate the path Bitcoin has taken since its inception since then. Ten years ago, only a few people knew about Bitcoin and couldn’t be used for almost anything. Then, in 2013, Bitcoin reached $ 100. Later, the leading cryptocurrency saw even $ 20,000. This unprecedented rise has created a perception that this is just the beginning in humans.

According to some analysts, BTC needs to reach $ 100,000 to take the estimate of $ 1 million seriously. This may happen as early as next year, according to leading analysts like PlanB and Anthony Pompliano.

There are obstacles for $ 1 million bitcoin

However, a Macro Trader is not very optimistic about the $ 1 million estimate. And why are facts such as adoption, volatility and trust. According to the analyst named @CryptoWhale user, there are three main events that continue to raise doubts about the future of Bitcoin and the possibility of reaching $ 1 million.

The analyst cites quantum computers, Satoshi wallets, and government regulations as three main reasons. One of them was the reason that the $ 9,000 support broke down a few days ago. The fear that Satoshi was hiding Bitcoin caused the BTC price to drop. However, with the BTC reaching $ 1 million, it is among the analyst’s views that the US government will definitely intervene in the currency.

However, analyst says that with major advances in quantum computing by Google, this will also be alarming for the leading cryptocurrency. 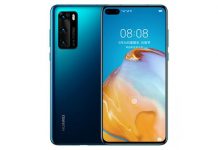