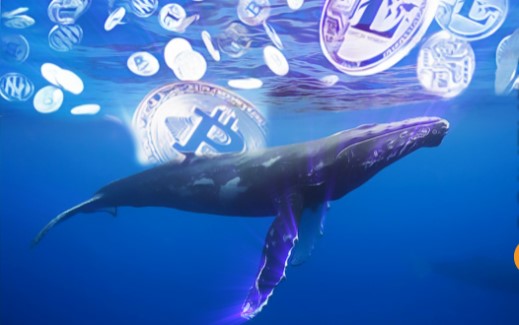 The third-largest BTC whale bought more than 2,700 Bitcoins in hours when the leading cryptocurrency surged above $50,000.

According to the latest data, one of the biggest Bitcoin whales made a serious BTC purchase after the Bitcoin (BTC) price recovery began.

Remarkable Move from the Whale

The third-largest BTC whale bought more than 2,700 Bitcoins in hours when the leading cryptocurrency surged above $50,000. It is also seen that the mentioned whale has bought more than 5,600 BTC in the last two weeks.

In fact, this whale has been selling recently when the Bitcoin price has been on the decline and buying when the market turns up again. Therefore, we can easily say that the wallet is active.

As it is known, Bitcoin fell to the levels of $ 42,000 on December 4 and experienced a 20% loss in value. Afterwards, the market stopped and the direction turned up again. However, the whale remained relatively inactive in this decline, at least not making any transactions on this wallet.

After Bitcoin started to recover, the wallet in question bought 2,702 Bitcoins at an average price of $ 50,621. In other words, the whale made a purchase of approximately 140 million dollars.

As CryptoQuant analyst VentureFounder noted, the whale has accumulated 5,624 Bitcoins since November 22, worth $290 million at today’s prices.

Considering all these moves, it is considered a bullish signal that the BTC whale remained calm in the last decline and then bought with the rise.

3 Analysts: Gold Price Can Do This During The Week!