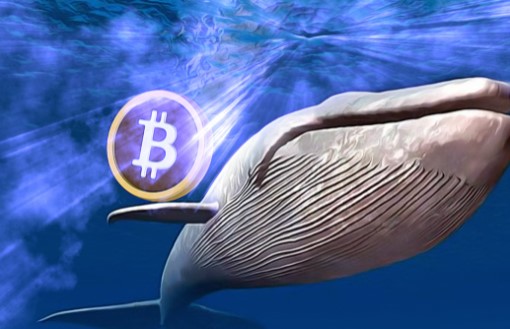 With the opening of the US stock markets, Bitcoin (BTC) again exceeded $ 45,000. The price dropped to $44,400 at the time of writing. So, what kind of strategy do big crypto investors, defined as whales, follow? Watch out for the Bitfinex whale buying from the bottom!

Bitcoin, which exceeded $ 45,000 for the first time since the beginning of March, could not close above the resistance. On the other hand, important signals are coming from Bitfinex, which is the frequent destination of whales. We recently hit the bottom of $34,000 and the price was able to hold in this region with whale purchases. However, some of these whales have almost set a barrier to the level of 45,000 dollars. The whales, which planned to sell with the target of approximately 32% profit, largely achieved their targets.

Hopes are not over yet for Bitcoin, which hangs below $ 44,500 due to sales in the resistance zone.

Popular cryptocurrency analyst Michaël van de Poppe is hopeful of the current short-term movement, but says he cannot speak of a clear return for altcoins in the scenario where $50,000 is not exceeded. If BTC can hold above the $45,500 level in the short term, we can say that at least I got rid of the bearish period. In the coming days, altcoins fed by Bitcoin’s strong stance can make serious attacks. A significant portion of cryptocurrencies suffered losses exceeding 75%, we can quickly see that they are compensated.

The MACD for Bitcoin is positive and the RSI is slightly above the neutral zone. Moving averages are maintained. Bitcoin has gained over 8% in the last week. Despite the pullback, the current outlook is not negative. Closing of the price below $43,000 may indicate that we have entered the downtrend again. If the current recovery is successful, the initial target will be $45,850. Since strong resistances have not been broken yet, it may be advantageous for investors to sell profits gradually.

Ethereum reached as high as $3,193 today and BNB surpassed the $420 level. The total value of the cryptocurrency markets has reached $2 trillion again.

Remarkable Statement from the Famous CEO! Will NFTs Replace Cryptocurrencies in...