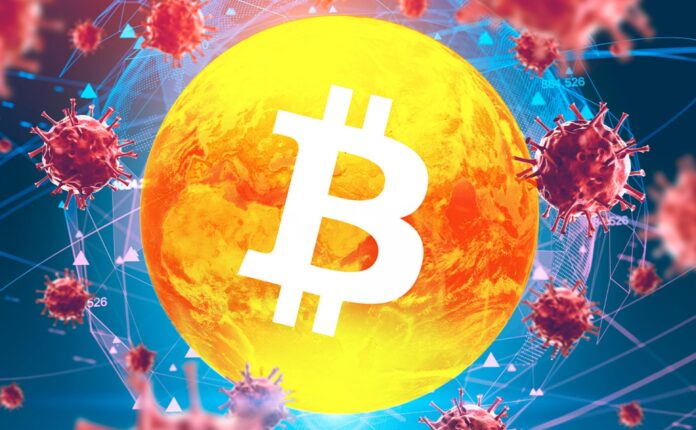 The well-known crypto trader and entrepreneur Willy Woo shared a chart showing that there was a much better hedging asset than gold or stocks during quarantine recession.

Bitcoin (BTC) Vs Gold and Stocks

The Risk Adjusted Returns chart published by Woo clearly shows that the biggest “loser” is the stock market. While the gold that Peter Schiff trusts most is in second place; the shortest bearish curve highlights Bitcoin, which outpaced both competitors.

I will say one thing about Gold and its role as a safe haven, investors who understand and use it were ahead of the curve in world catastrophe than Bitcoin or Stocks. That's a lesson to be learned, each type of investor has a particular strength. pic.twitter.com/AFn8z0Cada

In the second chart, Willy Woo stated that BTC and gold were acting as a safe haven before the stock market crash in early January of this year.

At that time, gold returns were much higher than Bitcoin and stocks in the Risk Adjusted Returns chart. Willy Woo explains this by saying that each type of being has a certain power.

Woo notes that fluctuations in the price of gold have shown the upcoming situation since 2018.